Hey all, new to skritter. Studying Chinese with plans to move to the mainland sometime in the next several months to really immerse myself and learn the language.

I’m using memrise, which is a great surface-level introduction to characters. Does anyone know how to download a memrise course so that I can practice writing the characters in skritter?

@amboggeri as @ineedmayo mentioned, there doesn’t appear to be a way to export word lists from memrise. Just for kicks I opened a random Chinese list on their site and tried to just copy and paste a few of the words into a quick list on Skritter. 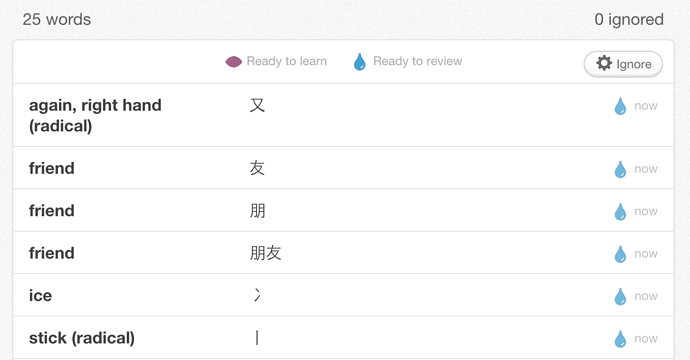 As you can see in the image below our list creator was able to cull the data and extract all the characters that got copied from the data, but all of the english definitions and status tags threw some errors. Of course, you could pretty easily go through and delete all the error data and end up with a full list of vocabs to study.

It’s not ideal, but it should still be a lot fast than manually entering every item line by line! 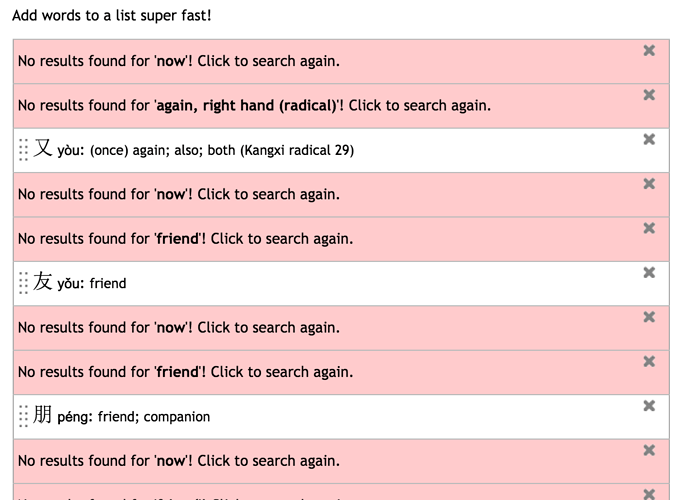 Haha, that’s pretty much what I had to do for these lists. Skritter was amazingly good at getting it mostly right. With only the occasional error. So yay skritter!