Sorry for the late reply. From my quick research, since it’s the traditional form, the one used outside of Mainland China (and in the rest of Asia) is indeed this one (極） Since Skritter uses Taiwan’s official dictionary for its traditional characters, that is why it shows as different. I’m not sure why Pleco shows a simplified form of it, but that’s the one they use in China, aside from 极.

Hope that kind of helps.

Hope you guys are well. I think the answer to this question simply lies in the font which Pleco uses. I have noticed that, for example, with the word 龜 Pleco changes it slightly from that what is usually the traditional written form, and so I feel that the slight change in 極 is simply a stylistic font issue.

For example, see below what I wrote in tradition script, but which appears differently according to the the font I choose. 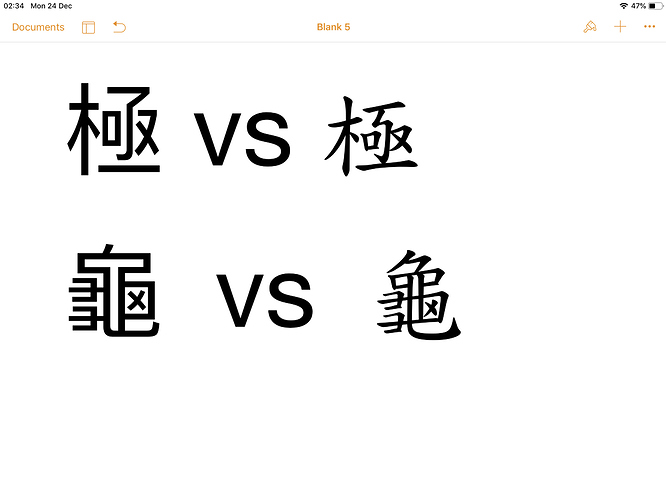 Hope this helps explain the why Pleco is showing up a different way of writing the character.

Thank you @Gwilym and @ZhengHaohua really appreciate your responses!