Is there a way to ban all the sentences

What do you think of having a hide toggle for each card type? This way the users can customise which sentense type the want to keep.

If you think this solution is an overkill. Then one toggle to rule the all

, is still a good solution.

What do you think of having a hide toggle for each card type?

We did discuss this, but for now we’ll start with the one toggle to rule them all approach just because we don’t want to overload the option screens. If it’s something that people find useful then we can revisit adding in more granularity down the road.

I was thinking about this. Actually there is no need to filter sentences by type. We can combine the existing filters with the new sentence filter to achive the same thing.
Im also a dev, so i keep thinking about solutions is a norm for me lol!

hey josh,
do you have any updates on the developmemt and release of this feature?

This feature hasn’t added yet, but I’ve added this forum thread to our internal ticket and will update here when this is ready to be released. This week we had a few higher priority issues to deal with, but I’m looking at tackling this feature next week.

if its not a hussle can you add this filter in my words section of the app?

I just wanted to let you know that it might be a little longer than Josh anticipated. While it isn’t the hardest thing to do, it hasn’t just been a 30 minute task, and we’ve got a few other higher priority things on the agenda at the moment that we’re trying to knock out for another beta release. Once the functionality is flushed out we’ll also see if this is something that makes sense to add on the My Words section of the app!

I do think it would be awesome to have even more sentence support on the mobile apps, and this is certainly a step in that direction. Just trying to fold it into the mix of a million on other things that need doing. Hope you understand!

In the meantime, maybe give sentences the ban while they’re coming up for review, and then unban globally from the website once we’ve got this rolled out?

Sorry about the delay on this and lack of followup communication on my part. I initially jumped into this fairly confident it would be a quick feature to add, but when I started working on it and some issues popped up that made me think about this feature more.

Originally I was planning on adding a Hide sentences toggle as part of advanced settings on the review and test option screens, but the way Skritter classifies a sentence is a bit of a grey area. The legacy clients had an option to mark a word as a sentence, but this is not a feature we support in our newer clients. We’ve also had many people add sentences that are not marked as sentences. So be adding this feature for everyone it might be confusing when people toggle it on and then they still see sentences. I then though about doing something like if it’s more than a number of characters long then let’s pretend it’s a sentence, but that is often not a true statement. You can have sentences that are just a few characters and you can have proper nouns that are well more than a few characters.

I’m now hesitant to add it in as an advanced configuration option as it’ll probably cause more confusion for the majority of users, although it would fix the issue for you. The conclusion is this is something that requires a bit more thought than I can afford to spend right now from the development side of things.

hmmmm! i get it now! perhaps instead of a sentence filter, u should add hsk words filter or official words filter. the good thing about u guys u have lots of lists with words to cross refernce with and base that filter with those words.

You should already able to do this in the Review Options. If you select the All decks dropdown then you can individually select which decks you’d like to review. It should list all decks you’re studying from. 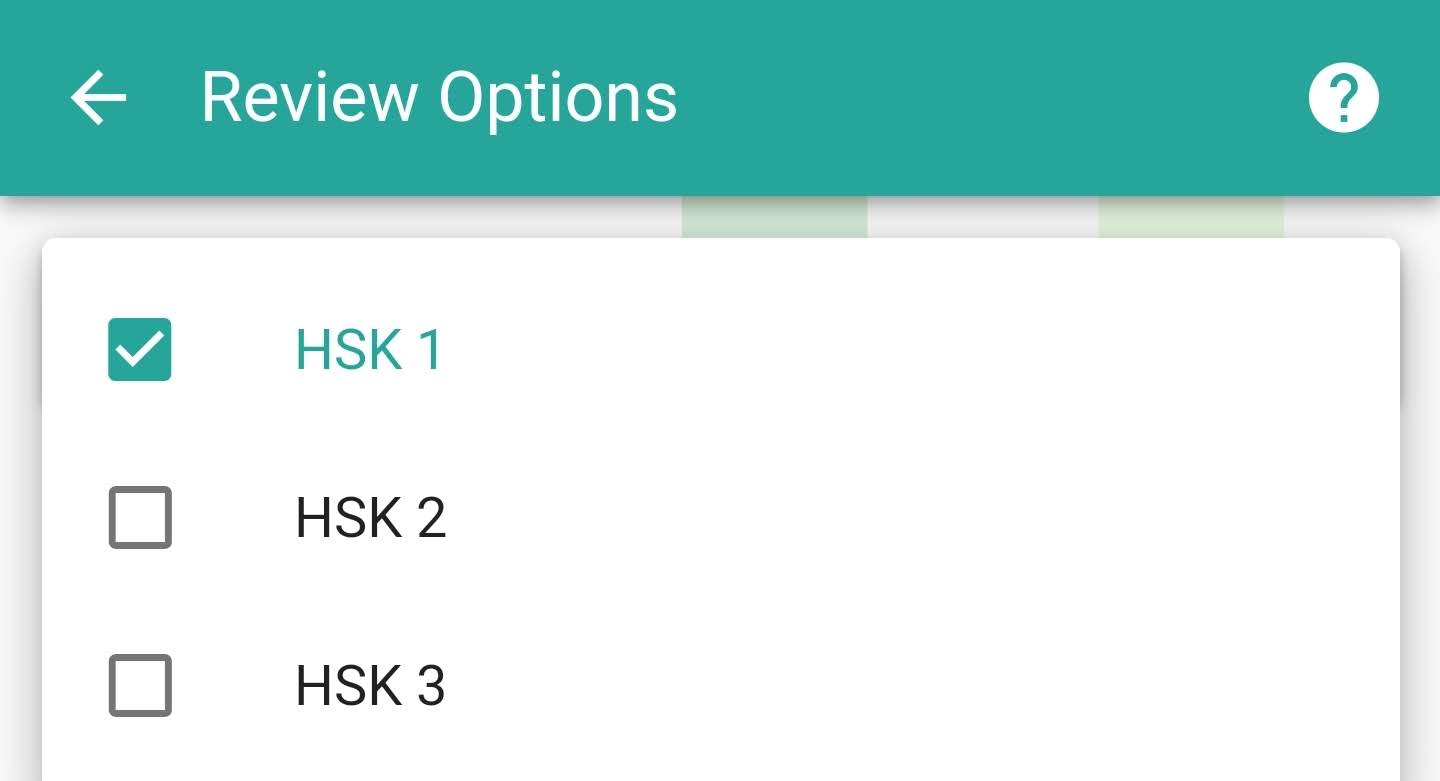 The filtering by decks solution won’t work if it’s a deck that includes sentences in it. Another possible solution would be to create a new deck that contains all the words you want minus the sentences.

I then though about doing something like if it’s more than a number of characters long then let’s pretend it’s a sentence, but that is often not a true statement.

from now on i will stop adding sentences, by enabling the “limit sentence option” and remove sentences in future reviews when they come up.

That logic would probably have some bad unintended consequences. While there aren’t tons of 4+ character words they do exist.

@mikelimassol honestly, for the immediate future I would recommend copying the existing decklists you’re studying from that contain a lot of sentences, and just deleting any and all sentences from the new decks in a one-shot mass audit. That way, you’ll still have the existing decks if you ever want to fall back on them, and you’ve also got some new decks with just vocabulary.

P.S. We’ll be bringing deck archiving into the mobile app soon, and once its complete it should be pretty easy to just mass remove items (at the deck level) from the queue. But, I’d wait until you’ve made the new decks before doing anything like that!

how do i delete them in ine go? 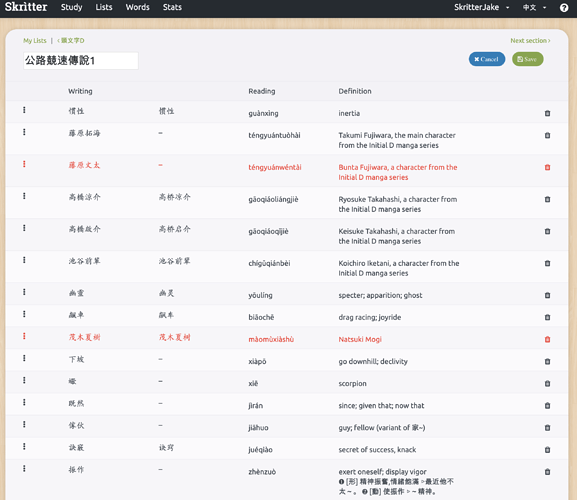 Deletion will have to be section by section, but doing the project in bulk from the website should be pretty quick. Once you have a new decklist copied go into each section and press the edit button. It’ll bring up controls to delete anything in the section relatively quickly.

Feel free to DM me if you have further questions. I’m also happy to jump on a quick Google Hangout to assist live if you need it!

Agree, need to distinguish clearly between 4+ words and sentences. Some I encountered recently are the Chinese words for NASA (美國)國家航空航天局 and ISS 國際空間站. Plus lots of other government and institutional proper nouns.

I’ve been trying to follow this thread but am still not clear on how the new app handles sentence review and sentence creation.

Is it still possible to create sentences for review as easily as in the legacy app, and can one also still limit their review? (For example, limit sentence review to exclude writing.)

Is it still possible to create sentences for review as easily as in the legacy app, and can one also still limit their review? (For example, limit sentence review to exclude writing.)

You could create sentences as “words” to study them, but there wouldn’t be a way to limit the sentence parts currently

I have decided to put skritter aside for now and go with pleco. i managed to do there what i could not do here, also the writing in not that bad, not as flashy as here, but it does the job. Just by mapping my flashcards with the pleco dictionary it would exclude all the sentences. With pleco i can create multiple tests to read just sentences, tests to review only hsk words from my decks etc. To configure the tests to my liking was not easy, but after a bit of twicking and experimenting i got them were i wanted them.
I will still use skritter for reviewing what i have learned so far, and keep an eye with the new features. If i like what i see i might return one day as a paid customer.
Thanks for your help so far.