What are the best single character decks on Skritter? I’m currently studying the Far East 3000 character deck, but am looking for other decks which maybe even cover more characters.

Appreciate any suggestions, if available.

Can you describe your situation a bit more? I don’t ask to be obnoxious, but which decks are best depends a lot on what your goals are. You do mention number of characters, but this seems to not be your main concern? Also, it would be helpful if you specified simplified or traditional characters (the dictionary you mention exists for both character sets).

I actually went through that very sam dictionary in 2009 to plug holes in my character knowledge. I found the project quite worthwhile (I wrote about it here, but the post is more than a decade old now), but it was also a good demonstration that sorting learning materials in alphabetical order is really bad.

This is of course why we sort the new (3.0) HSK decks by frequency.

My goal is currently to study as many characters as possible, simply because that caught my personal interest. The decks I mentioned already cover a good amount of characters, but I would love to discover single character decks that ideally come with even more characters to learn.

On a side note, I’m totally aware that many of those characters are not necessary in day to day life, but still find it handy to study those to deepen my knowledge about characters.

Olle is being modest by not mentioning The Skritter Character Course.

After that check out the Heisig method as the main method of getting many characters with less struggle (there is a book and two skritter lists). Fill in character gaps so you can quickly enjoy more graded readers by using the 2021 HSK 1-3 Handwriting List. You might as well focus your writing on those characters that you might actually be tested on.

Thanks for providing the extra info! There’s nothing wrong with learning more characters, and to be able to read most texts in Chinese aimed at native speakers without looking things up all the time, you need considerably more than 3,000!

I have a better grasp of the subjective experience for traditional characters where I know roughly how many characters I knew at what time, but I learnt up to around 6,000 in Skritter. I have since backed down to around 5,000, because above that number, there really are a lot of characters that really aren’t very common, especially a lot of names of rivers, ancient kingdoms, emperors, animals and plants I have never seen and never will see, and so on.

The decks I used are for traditional, though, but I mention them in case someone else is interested. There are nine decks in total, but level 1-6 mostly cover things people should know before even using a list like this. Here are levels 7-9:

For simplified, I don’t know what the largest deck in Skritter is. We do have the official (as in PRC official, not Skritter official) list 通用规范汉字表 which covers 8,105 characters. No one has turned that into a deck, though, and I don’t know if that’s a good idea or how long it would take. I assume there are digital versions around, but the official publication, while digital, is not OCR’d.

I do think it’s the best place to start for new students though, which I’m not too modest to say!

I don’t think we have any good decks with single characters sorted by frequency. I will create one based on Jun Da’s frequency data. He covers almost 10,000 characters, but I doubt I will add that many, as there is very little practical use of learning things beyond 6,000 characters or so. I’ll post here again when I’m done and will also write a short blog post about this type of learning!

Ok, done! Here’s a deck with 9933 single characters based on simplified texts. Please note that the simplified/traditional divide starts losing its meaning with rarer characters, though. I included this intro to the deck, so please check that too:

This is a deck based on 现代汉语单字字频: Character frequency list of Modern Chinese by Jun Da at Midwestern State University. The list contains 9933 characters in total, but there are 29 very rare characters missing because they can’t currently be displayed in Skritter (and not with standard fonts either): , , , , , , , , , , , , , , , , , , , , , , , , , , , ,  . Please note that frequencies for the rarest characters are quite meaningless as they occur so rarely in modern texts. Characters beyond the 7,000 mark occur less than ten times in the corpus data used. Please also note that the list is based on simplified Chinese texts, but that this designation becomes a bit arbitrary for the rarer characters as most of them are not part of the official lists of simplified characters anyway. Moreover, some entries are still in traditional, presumably because some common traditional characters are still more common than other extremely rare characters, even if the text uses PRC standard in otherwise. For example, it could be that traditional 門 (“door; gate”, rank 6028) occurs in some texts talking about the origins of Chinese characters. and that that bumps it up above characters like 铑 (“rhodium”, rank 6031), which are clearly simplified, yet not very common. The original list can be found online here: https://lingua.mtsu.edu/chinese-computing/statistics/

I also expanded this into an article on our blog: 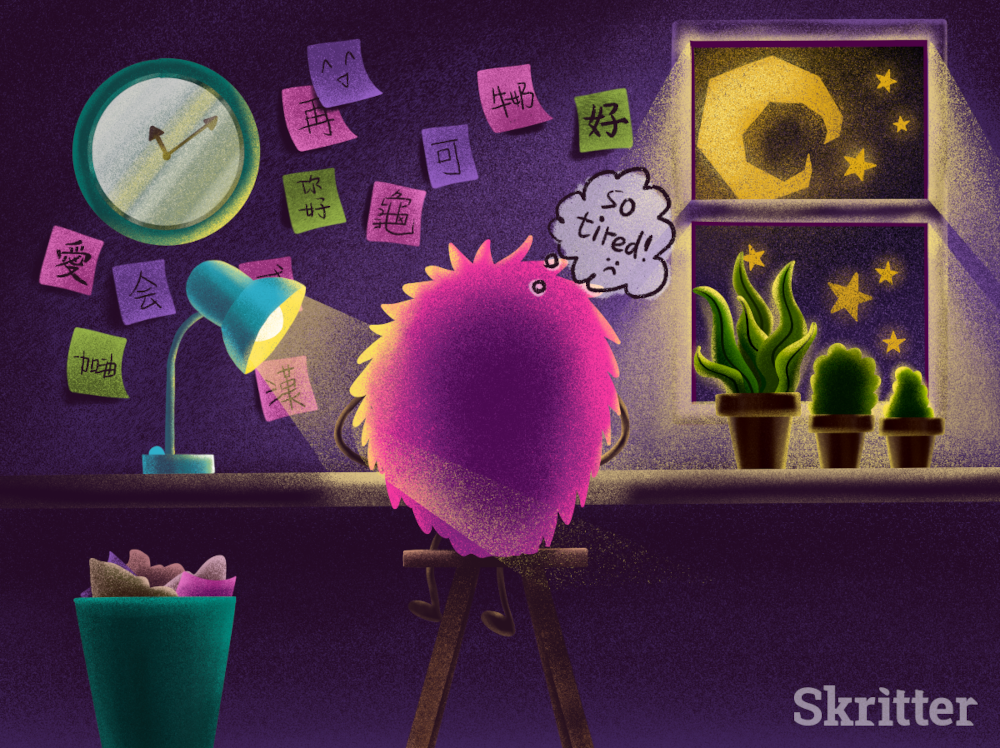 Learning a lot of Chinese characters in Skritter > Skritter Blog