I tried the Chinese Android beta today. Some things I noticed: 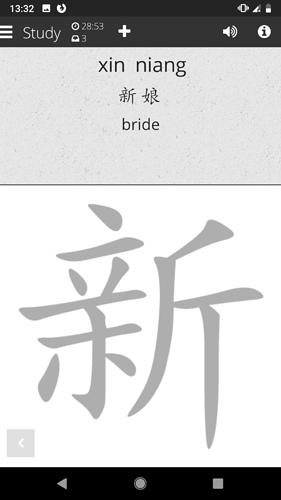 The hanzi prompt is sufficiently readable, though larger might be an improvement. 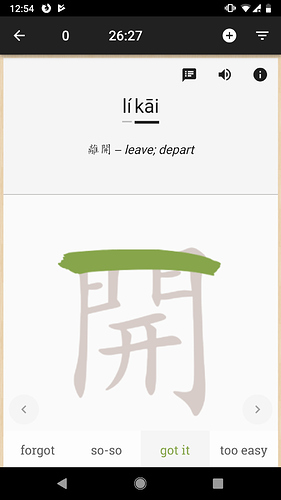 The hanzi word is not quite half the size as before, but is close. Complex characters are getting hard to read, and being adjacent to the highly variable English definition size means you have to look for them in different places on each card. The canvas’s decreased size and increased margin means smaller prompts there. Before I felt like I was wrapped in a cozy Chinese blanket. Now, ironically, the elements that correspond to the #1 thing I use Skritter for – written Chinese – seem to be playing a diminished role.