An argument to include the English could be that there are cases where the tone is dependent on the meaning (觉; jue2, jiao4). Then again, this may not be an issue if the character has context (觉得， 睡觉）

There was a setting to hide translation and/or tones. I think they will add it to the beta later.

Thanks laughedelic, can you point me further in the right direction? I can’t find the Hide Translation setting.

I think this might be the option you’re looking for: 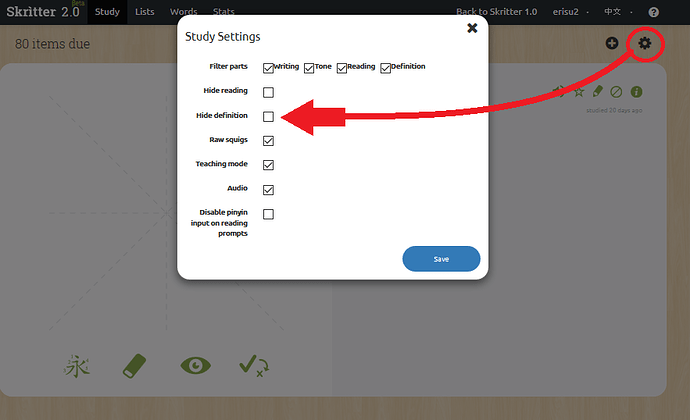