For the last two days i can’t adding new word because the my HSK4 deck not loaded and only show NaN% on the progress.

I also tried to test word on my deck but i can’t start test because no word are loaded.

This kind of things also happen on my finished deck, in example my Skritter Chinese 101 deck.

Tried to refresh local data, reinstalling, and even roll back to 3.2.0 but nothing change.

I hope this problem can be solved because i really need to spread my vocabulary for my HSK Test. 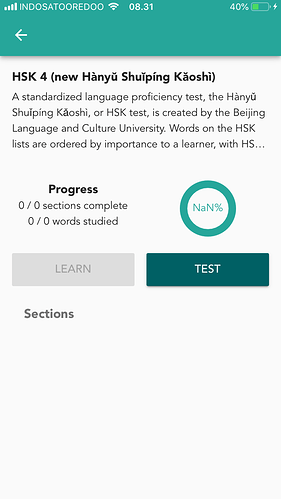 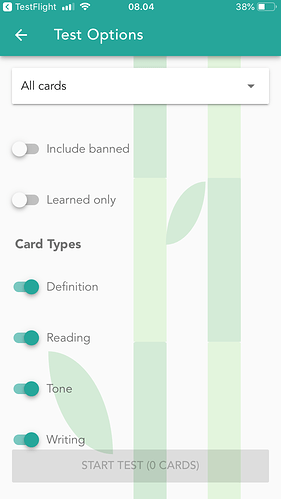 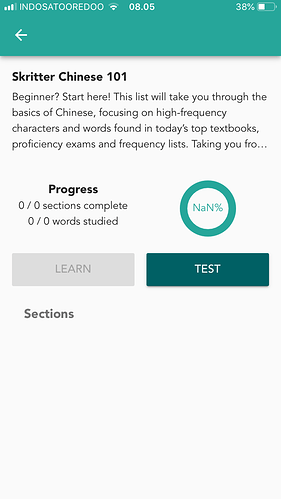 I have the same problem with the latest version of the app on Android (10 beta, Pixel 2). Reinstalling the app and refreshing local data both don’t help.

I concur. I see the same problem as @erwinsonljc on my iPhone, but oddly my iPad Pro works just fine.

I also have the same Problem with the Japanese Beta App on iPhone 8. The deck displays NaN and the Learn button is always greyed out. This seems to be a general issue since in the released Japanese App (not the Beta) words also don’t get added.

Hey everyone! This thread looks similar to another recently created which I replied to at: No words in deck