How can I make Grammar point prompts?

How can I make Grammar point prompts?

For example, on the attached image, Word 4 is really a grammar point saying that I can start a clause with 先 and then have the next clause start with 再。(先。。。再。。。）

But they don’t…the last two show up without any dots in the annotation to allow indication of omission.

I had never seen any prompts show up like Number 4 on a Skritter list before, but stumbled across this when I searched for “先再”。

Is this supported behavior? Or is this just a fluke that wasn’t intended to be supported?

If so, how can I author my own grammar points in a similar fashion? Do the dots conflict with other cards for example, if somebody wanted to author a single word “先再”, would the system say there is already a word existing in the system?

What “non-character” symbols can I use in Skritter cards for the main entry? 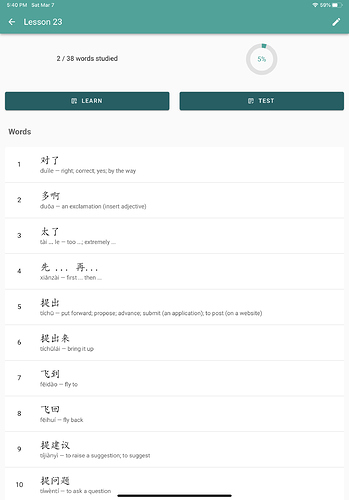 It sounds like the app is omitting 。。。 from showing on the writing (top of study screen) even if the word was entered into the database that way. It might work differently with dots like … instead of 。。。

I believe the system ignores the dots when creating an entry, so 先再 would be the same as 先。。。再。。。 when searching (though the entry exists as 先。。。再。。。)

It is used in Chinese, too! See this screenshot from the monolingual section of Zdic.net for example: 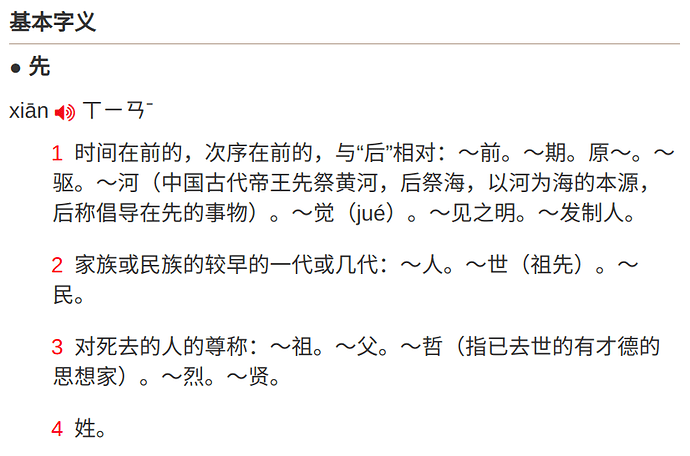