I wrote this article to amuse and educate (preferably both) and thought Skritter users might be interested in it as well. It’s a guide (actually a rant) about how to not teach Chinese characters, based on more than a decade of observing terrible teaching and worst practices. Which of these have you seen? Have I missed anything particularly terrible?

This is a guide for how to not teach Chinese characters, based on more than a decade of observing terrible teaching and worst practices. Which of these have you seen?

Read through the list. Ya - I dislike writing characters multiple times with a picture aid. Wish I didn’t need to do that.

I use the Zizzle system for mnemonics. He pretty much breaks each character down into two components with a meaning for each component. A certain syllable would share mnemonic across all categories such as shi- meaning a phonetic mnemonic “SHIp” for every single instance of this syllable.

But the meaning components would still have 2 distinct mnemonics. Shi4 (to be) is the mnemonic contains sun, upright (I believe), and SHIp. I feel like its a decent system and might have the endorsement from the perspective of expert memory hackers a la “Moonwalking with Einstein” (plus he essentially does the 4 elements for tones)

Is this system that advanced though? Are there higher levels of understanding a character? Or would it start getting into superfluous etymology?

I haven’t really used it or looked into it, but my approach has always been to use mnemonics when necessary, not for everything I can possibly use them for. So, I would never create mnemonics for all character writings and components just because I can, nor would I create mnemonics for all pronunciation. I would only do so if either doesn’t stick for some reason, such as if I keep forgetting the tone or something like that, then I incorporate the tone into the mnemonic. I think very ambitious mnemonic methods seem to consist of more memorising mnemonics that actually dealing with the language itself.

I respect that. I like the action orientation you have. Gabriel Wyner (fluent forever app individual) said he regretted he didn’t have a mnemonic for every character while learning Japanese. I think he goes a bit overboard in production of input with his system. Nonetheless considering his success as a polyglot, he might be on to something. Also I think you are an expert “scaffolder” and there is a lot of “how”/manner in what you do it which makes you successful. That being said, you’re specific listening strategies and principles behind them are game changing.

Weird Mnemonics with Vocab, memory hackers in general go crazy for some reason (the guys who remember everything in a newspaper after reading once kind of guys). (Anthony Metivier)…

While I think we can learn a lot from memory champions and the like, it’s also important to realise that memorising a deck of cards is not the same as learning a foreign language. I don’t doubt that you can create mnemonics for everything, I’m just questioning if it’s necessary.

My old teacher did focus on some radicals (30 or so) during the first lessons. I forgot the names but still think it’s handy to know the left thing in 说 has something to do with speech, and the left thing here with your body 腿.

It is very useful! But I think you’re mixing up components in general and radicals in particular. I’m all for learning functional components from day one, but not radicals as such. This video from Outlier explains it well: 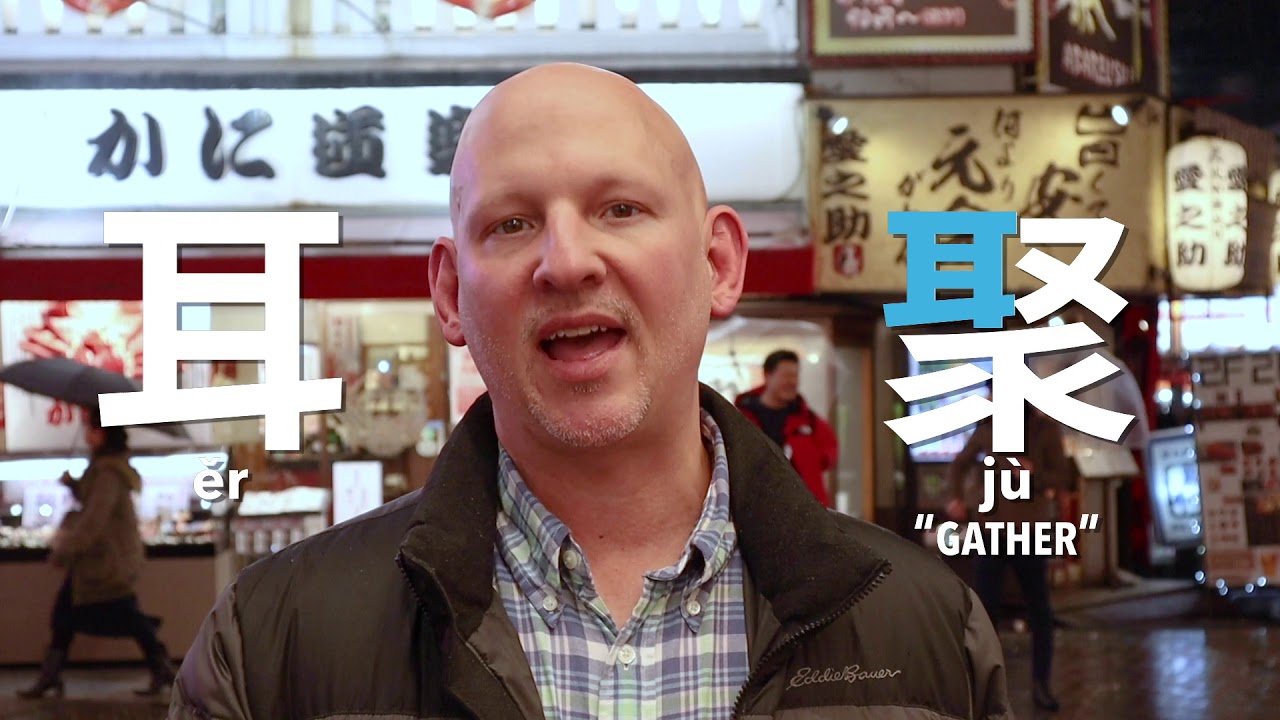 @apatino I’m fascinated by all the ways second-language learners use to remember written Chinese. It’s very helpful to know, thank you.

Pleco’s UNI dictionary often gives succinct essential meanings of character components, and Pleco offers a download that will break most characters into their meaning and phonetic components.

My story is a little different, because long ago I first learned characters by tedious stroke order/count and radical - be glad that is no longer necessary!

Then I entirely “lost” my written Chinese over some years (還給老師了 / 还给老师了).

When I finally resolved to regain it, I decided to do it the “right” way this time, by learning the meaning of the components at the same time as learning any new character, and then building a mnemonic for it. If the component was a really rare character itself (and thus useless for my building vocabulary), I just broke it down into smaller components and built my mnemonic accordingly.

This system does take longer to build a basic working vocabulary than what is possible in your average classroom setting, but I had already discovered how inadequate that was for me for long-term retention - and if I wasn’t going to retain it over a lifetime, what was the point of cramming it in?

This time round, once my foundational written vocabulary grew large enough, it really paid off as I quickly advanced to more sophisticated vocabulary, because there was rarely a component I hadn’t already encountered at earlier stages.

It is somewhat like knowing what the roots and prefixes and suffixes in English mean: if you do, identifying the meaning of words new to you is so much easier. In Chinese, sometimes it is only the sound that is revealed but often even the phonetic component helps with the meaning, at least with mnemonics as aids.

So now my system is: I learn all the components for each new character, which are sometimes radicals, sometimes stand-alone entire characters themselves, sometimes a jumble of different radicals that don’t combine into any stand-alone character, and (especially in simplified) sometimes just a combination of varied strokes that have no meaning by themselves or as components whatsoever (for those you just have to resort to sheer memorisation.)

So I find mnemonics extremely useful most of the time, because - especially for complex (traditional) characters - they usually are easy to make out of the combinations of components.

Radicals (and stroke count) used to be essential in order to even begin to use a paper dictionary. Most radicals are still necessary to know, especially if you use a mnemonic system, but I agree it is not
because they are radicals, but because so many of them make up whole components of a character, or are combined into larger components.

It helps with mnemonics to know radicals’ variants, too.

Once I discovered these variants, so many characters became easier to remember and mnemonics easier to make.

For all the variants of forms of water, I separate them in my own mind for convenience into “water” 水 and氵, “ice” 冫, and “snow” 氺 (it actually means water/river but looks like a water & ice together - a snowflake!) just so I can distinguish amongst them and more easily make mnemonics with them.

Hope this helps someone.

Very interesting article, really amazing so many ways to teach en learn characters.
I’ve always been fascinated by the way people use mnemonics. They must have a large memory because they must also memorize the mnemonic. Or they use their memory in a different way. When I first started learning characters I once tried to use mnemonics, but then I soon found out that it is much easier for me to see how the character is built (with radicals and components) and then simply only remember the meaning of the character.