Initial issues after being away for a while

I have been away from Skritter for a while due to some personal issues. I must say the Skritter team has kept busy and improved the app quite a bit since I last used it. However I have noticed a few things in my brief return and I’m not sure if they have been mentioned before but I thought I would be remiss if I didn’t throw in my 2 cents. (This is for Android Japanese Skritter)

Raw Squigs: Maybe I am missing something but when I started studying Raw Squigs was turned off but the strokes I made didn’t morph to their spots. They did disappear if written incorrectly though. Turning Raw Squigs on seemed to make Skritter treat the writing area as more of a simple canvas with no deletion of strokes occuring.

Mnemonics: I love that I can now see individual mnemonics for each character by swiping left. However I did have quite a few issues.

1st issue is that it is not obvious that swiping left will reveal the mnemonics especially for users who have been away for a while and are coming back without going through the instructional tutorials. I would recommend putting a tip button about this by the mnemonics in the info section. This is since the info button is obvious and users are most likely to find the mnemonics there. I imagine it being like keyboard shortcuts listed on menu items in Adobe products.

3rd issue is clicking on the pencil causes all of the mnemonics to be jumbled into one large mess. It would be great to have pencils by each character mnemonics in the info page for editing individual characters to make editing easier. A nice thing I wanted to mention is that you do let the user modify individual character mnemonics when writing those characters by swiping left which I like.
Edit: I realize now that the jumbling issue is due to 2 issues the first is me including character level mnemonics in my word level mnemonics so there is a lot of stuff to jumble together (I’m going to remove my character mnemonics from my words since swiping left means they are no longer needed). The second issue is Skritter jumbled everything together because it doesn’t know the difference between a br tag for formatting and a return used to make the markup more readable. For example if I use a br tag and then hit return to start my next line Skritter will render that as me having used 2 br tags instead of just one. And when I go back to edit my previously easy to read single line break markup I will now be faced with a mess of 2 br tags hidden in a sea of text. 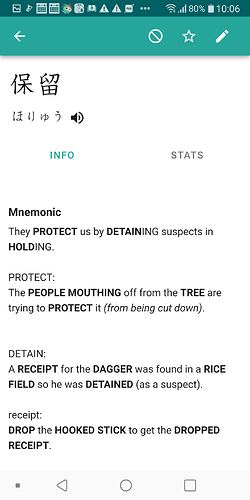 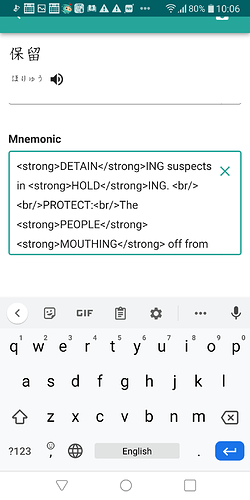 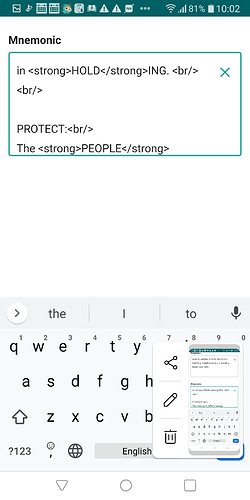 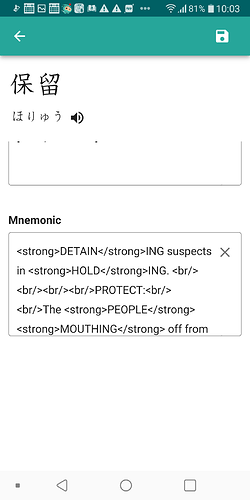 4th issue is that you changed the markup tags. While I find the new markup more intuitive and easier to understand it is also longer. This makes typing it out more of a pain to do on my cellphone. The best solution would be to provide a wysiwyg text editor instead of having users type markup code. (I also posted a question about what the best practices are for editing mnemonics and what all the new markups are in the general section.)

5th issue is not being able to see word mnemonics when writing. Users can only see character mnemonics when swiping left. It would be useful if swiping down would show the word mnemonic. The only way to see the word mnemonic is to use the info pannel and that involves being shown the whole word printed out at the top which is very difficult to ignore and greatly reduces the usefulness of the mnemonics in my opinion.

7th issue is when editing a mnemonic by swiping left and let’s say you do something like delete the mnemonic by mistake there is no back button to return to the previous mnemonic. When you edit mnemonics in the info section using the pencil you are given the options of going back without saving or saving. A much appreciated option during times when editing goes wrong. 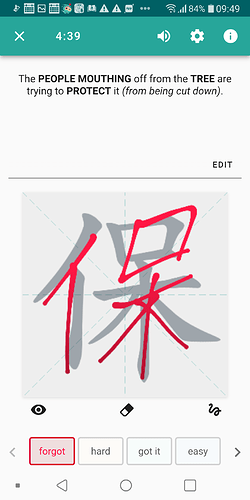 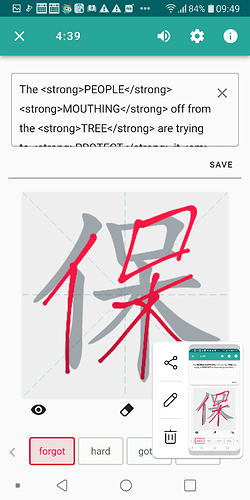 8th issue has to due with the disappearing back and navigation bar. When editing mnemonics in the info pannel and the keyboard is out, the save and back banner disappear. 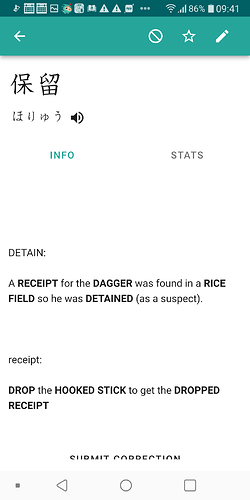 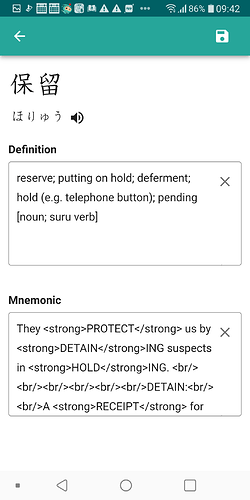 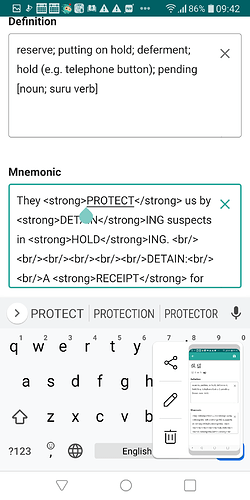 8th issue is that when editing a mnemonic in the info section I don’t also need to edit the definition so that box is basically just wasting space.

Holy issues, and welcome back! We’ll dig into each of your points and see about opening tickets so things can be sorted out.

Regarding the raw squigs vs normal squigs issue-- do you mean that with raw squigs disabled, it wasn’t snapping your strokes into place? (Is this reproducible and are you still running into the same issue).

If you wouldn’t mind, please shoot us an email at team@skritter.com about this so we can better follow up! It’s easier to track in our mail system and we can pass the thread between team members as well.

Thanks for checking out my post.
Yes that is exactly what I meant. It is very reproducible. In fact I have not been able to see Skritter snap the strokes even once. If you look at this screenshot you can see I drew my line with Raw Squigs turned off but Skritter didn’t snap them into place. 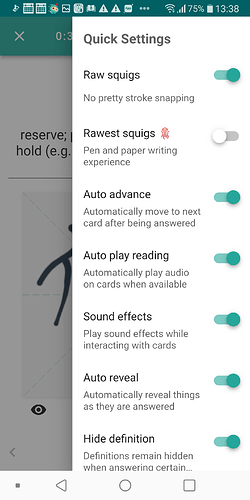 Screenshot_20200814-1338111440×2880 430 KB
I seem to remember that Skritter used to do something bad (lock, crash, get stuck in a loop, I don’t remember what exactly) when Raw Squigs wasn’t turned on and that I used to need to have it turned on to work correctly. I will have to check my old posts. But I have a feeling this might be related to that old issue in some way. 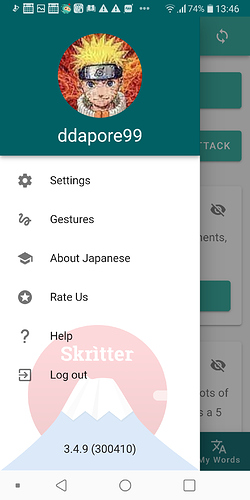 Just so we’re on the same page, raw squigs don’t snap strokes. At least it shouldn’t. It still follows the stokes and gives you hints as you write. But no snapping.

In your image you have “Raw Squigs” turned on, btw. Raw and Rawest are separate settings

If you turn off raw squigs (no green on the toggle switch) and it still doesn’t snap strokes I’d recommended exiting the session and restarting again. Strokes should snap fine after that.

Making sure canvas setting changes take effect while already in a writing card probably need a bit of ironing out, but all three writing modes should be working as intended if they’re already enabled at the start of a session.

Ah sorry I didn’t notice that there was Raw Squigs and Rawest Squigs. Skritter is doing stroke snapping just fine. I knew about Raw Squigs from using Skritter in the past. I’m going to guess that Rawest Squigs is new. Anyways my eyes were drawn to the squid icon and the fact that it was the only switch in my settings turned off and my brain just ignored the rest. Since Raw Squigs and Rawest Squigs both have to do with Squigs may I suggest adding the squid icon to both? May I also suggest using a thin line to group the similar functions in settings? For example:

I believe this will reduce the chance of you being bothered by people like me wasting your time in the future.