Is the legacy app finally dying? I can no longer access words lists, update my miscellaneous list or change settings on lists. I just get messages about being behind the great firewall.

When I complain to Skritter I only get happy messages about how wonderful the new app is, which it isn’t.

A quick-add feature is on our list of improvements. Should make new item adding even easier than the old app.

Is the legacy app finally dying? I can no longer access words lists, update my miscellaneous list or change settings on lists. I just get messages about being behind the great firewall.

The legacy iOS apps are not being updated, but also shouldn’t be dying. We’re unable to reproduce your word list access issues, but we’ve got your email in our inbox and will be in touch there.

FYI, I update my word lists daily and add words to Skritter’s database weekly from my mobile legacy app, no problems here. (Then I switch to mobile Beta for study and review.)

You mentioned you’re behind the firewall - if you are located on mainland China, perhaps that is a cause of your troubles?

One of the big reasons I stopped buying iOS devices is this. I still have my iPad 2 but so many apps have stopped working on it including Skritter. When I go to the app store I can still see Skritter on it but Apple says it is no longer compatible with my version of iOS. Apple no longer provides updates to iOS for the iPad 2. It really sucks to pay for something that works but then later on due to auto upgrading (with no roll back options) it stops working. On top of that my quick and responsive iPad became super slow. This is the biggest reason as to why Apple sucks for me. You buy devices you are happy with and then they intentionally break them through updates.

The iPad 2 must be more than a decade old at this point. Well done for hanging on to it for so long!

I might be wrong here, but Apple is known to support devices much longer than others. For example, the iPhone 5S came out in 2013 and still gets the latest software updates after all this time whereas the competition usually only supports devices for no more than 2 years. That being said, it’s much easier to hack these devices and do what you like to them.

The current line up of student friendly iPads are very affordable and fast these days, but Apple is refreshing the ipad line in a week or so, so it might be a good time to update, and pass off the iPad to a relative…that’s how I justify the purchases.

@Therebackagain I actually have to do the opposite. I’m forced to add words to my miscellaneous list using the mobile Beta, and then switch back to the legacy app for study. For me, the legacy app is much better for powering through large numbers of cards in a short amount of time.

I’m not in China, but I’m getting a message from the Skritter app suggesting that that is the source of my problems. I have no idea what the real problem might be. I sent them screenshots of the error, but haven’t heard anything beyond a message promoting the new app.

The hardware is still good so I hang on to it. I have a philosophy of if it still works don’t wast money replacing it. Usually I only get a new phone when the battery starts to die. I didn’t buy a new laptop until my old laptop’s backlight died and I used the one before that until it’s battery died and I used my computer before that until my hard drive failed. I still have my old gaming consoles because they still work. Why throw away something that is still useful or can still bring you happiness? My Pentium one Computer and my Apple 2 igs still work and play all the old software I bought for them. Unfortunately I can’t say the same for the iPad 2. How many X Box 360 games and Play Station 3 should be playable today but aren’t. And then consider the Dreamcast, it is still able to play online games because Sega net used a form of direct connection through mesh networking while the others used a central server approach. I still like to buy physical games but I hate it when I need to do an update after buying said game. In my opinion physical releases should be final products that don’t need to get patches downloaded. Otherwise what’s the point of the physical release?

Maybe I am old but I feel a lot of software has become crap due to updates over the internet. If there never was an internet software wouldn’t be breaking like it is now. Don’t get me wrong I love the internet and love it when my software updates and it works better. But I hate it when it doesn’t get better and instead gets worse. I think the Video Game Nerd (James Rolfe) put it best in his critique of iTunes. 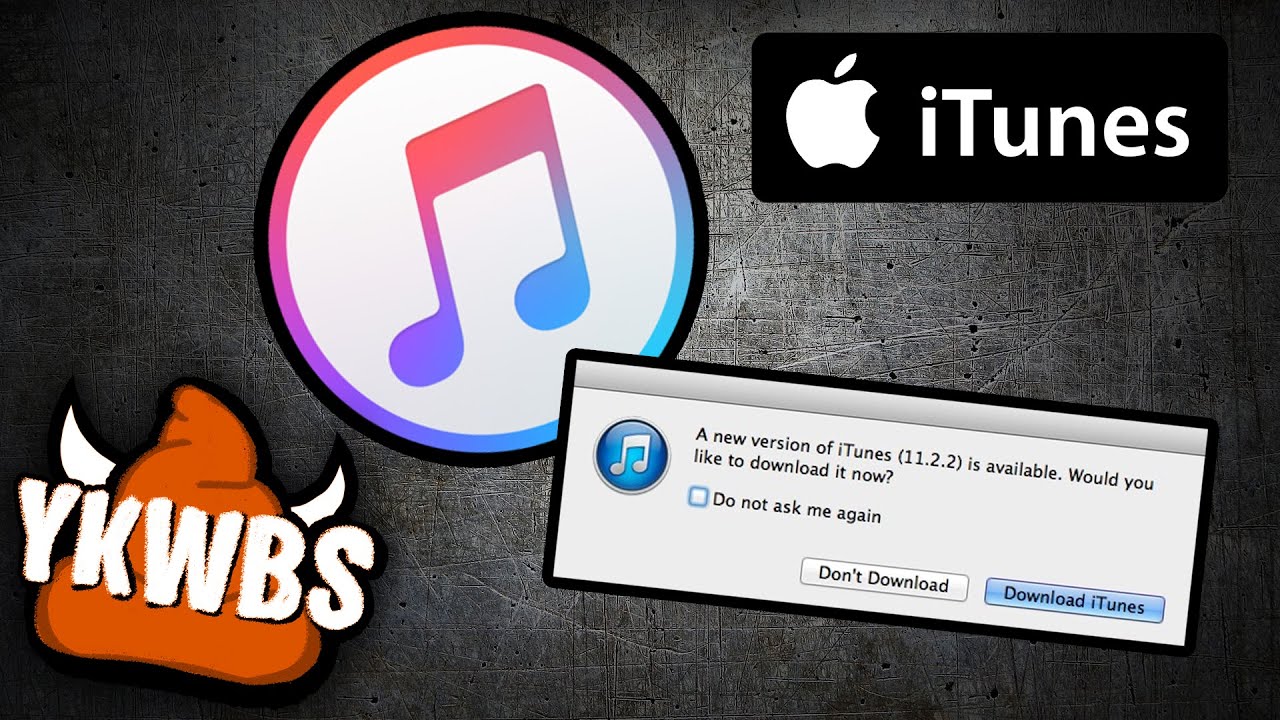 P.S.
Also I understand that beta software will have bugs. I’m not against having bugs in beta updates. But all to often the regular software becomes the beta. Things that never should have gotten past beta often make their ways into official releases.

I feel the Apple app store should still provide a link to the last working version of software (unless the developer decides against it) even if newer software has come out. If the old software still works and the old hardware still works, why force users to buy new hardware? This is on apple and Android too. But I feel more so Apple. Why more them than Android? Well that’s because it’s up to the carriers to update their phones and not Google. Not to mention that Apple has been found guilty in the court of law of causing users devices to run slower through updates to incite customers to buy new devices. As far as I know Google has never done such a thing with Android.

Also they do the similar stuff with their desktop OS. I can still run DOS games on Windows. Apple makes great products. But they get away with all sorts of stuff due to blind fanboys. They have realized they can overcharge for repairs, accessories and break their own products through updates because people will still love them and buy their products even when they do. I think some of the scummiest stuff they have done is to take a percentage of the money in donations for charity but ban the app from informing users of this. 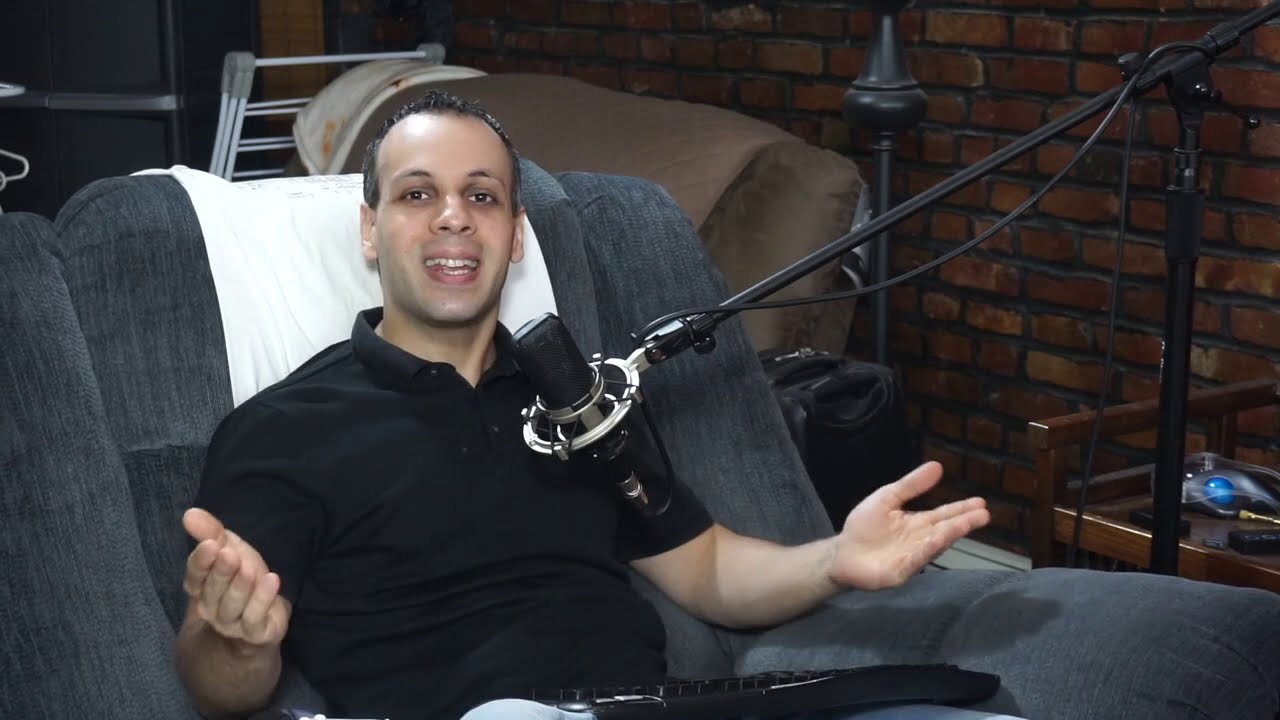 Also having a policy of being able to ban apps that compete with their own apps, not paying taxes and being against right to repair is kind of scummy too in my opinion. Sorry about getting off topic a bit.

P.S. To be clear I’m not totally against Apple. I like their stance on users rights to security. I like how their products work when they first come out (but usually not after they become slow from updating). I feel they really moved the phone market forward with the introduction of the iPhone.

And I am not an Android fanboy either. Apple likes to say they invented lots of things that were on other products first but I have never seen a company that copies more than Google. After iPhone came out Google copied that. When Windows phone came out Google copied that. When Palm’s Web OS came out they copied that. Android may have some features before iOS but they do not shy away from copying others. While I trust the Apple App store I rarely buy apps from the Android Play store out of fear it might be malware, spyware or some kind of scam. Android’s ecosystem is a mess with every vendor making their own custom version of it and all of them on different update cycles. Not to mention all of the hardware configurations. Take the Microsoft Surface Duo, it probably won’t sell enough for Skritter to make a custom version of Skritter for it. But if Apple released a folding phone there just might be enough Skritter users buying it that it might be justified for the Skritter team to make a dual screen version.

Planned obsolescence is a key marketing and design strategy for most companies.

Until companies are held financially responsible for their product from birth through death, including the cost of disposal, we are not going to see an end to this incredibly wasteful and deliberate strategy.

The “right to repair” any device or appliance must also become an international standard.

That is very odd that we have such opposite experiences. I’m using an iPhone. Are you using Android, could that be the difference?

Every day for my reading I add words to my monthly lists, or create a new list, and I find legacy is still easier and faster for this, plus I can add words directly to the Skritter database when it comes up empty (I just copy-paste Pleco definitions), which I thought is still not possible on the Beta?

My friend on the other hand uses my lists for study, but dislikes the Beta still - because the Beta handwriting screen is smaller, because characters within words are still not pronounced, and because the Legacy algorithm allows him to review cards while dropping in the new vocabulary from time to time, which I believe the Beta is still unable to do. He refuses to switch to Beta so far.

As for why the legacy app is not working this way for you, you need an official response for this problem - I don’t experience it at all!

@alexclarke Would you be able to shoot us an email at team@skritter.com with the screenshot and description of the issue you’re running into? It looks like we didn’t receive the earlier one you mentioned, sorry!

If you are Jeremy Arns, then you replied to the message containing the screenshots via email on August 25th.

Ah hah, I found you!

It looks like the reply is still valid. Legacy app / website are deprecated and we didn’t plan to update the original app since efforts are being made towards the new app, however it’s possible the developers would be able to push out another update for some fixes like you had mentioned in your email.

If there were some way to get the audio for the example sentences working again in the legacy web site that would be nice. I know we are only months away from flash being virtually dead (maybe I will have to resurrect an old computer in the house) but I had been asking this for quite a while with zero response from Skritter. Also, I hope we could get tone colors in the newest app as this has been missing since the legacy web site. Maybe you can take December as a deadline for the tone colors since this will be the end of Flash support for many browsers.
PS: Don’t forget the character level mnemonics in addition to word mnemonics when studying words. That’s another feature I will miss from the legacy website. I seem to recall that this was also “on the list.”