We now have a new blog post about hacking some of the most difficult Chinese characters. When a character fails to stick and you get it wrong over and over, you have to take decisive action. This article focuses on 叙/敘, 毅 and 抛/拋 (pāo), which are close to the top of the list of characters Skritter users get wrong the most often. 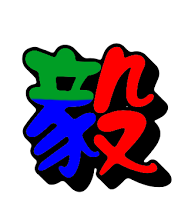 We all have some characters that just refuse to stick and that we keep forgetting over and over. The best way of learning tricky characters in Chinese is to deal with them decisively.

I think I confuse 叙, 徐, and 序 which might be some of the contribution to the high number of mistakes for this character.

@ximeng I think it’s a fair guess that that causes problems for others as well. It’s certainly true in my case, although I mostly mix up the first to, not 序. I’ll add this to the article!

The problem I have with 序 is that 序文 and 叙文 are basically the same meaning and pronunciation, so I don’t know which to use.