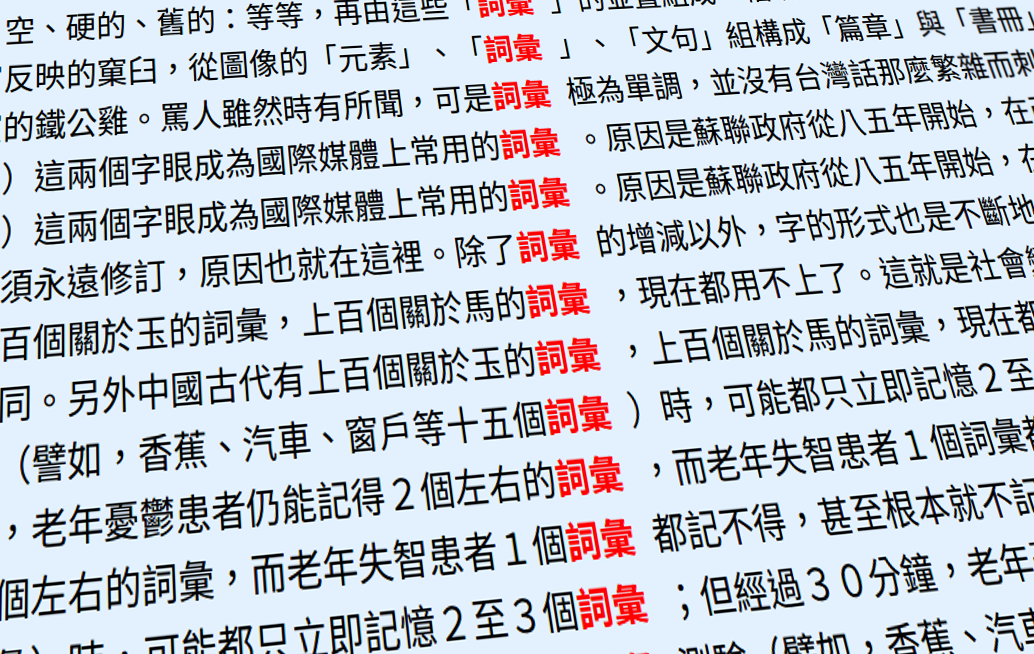 Should you focus on learning Chinese words or phrases?

When learning Chinese, should you focus mainly on learning words or phrases? This question is not easy to answer and depends on a number of factors. This article breaks it down and discusses the pros and cons of each.

Anyone have a strategy with the split between learning words and learning phrases? What is the author’s new insights with respect to this?

Also, what if instead of learning random phrases -as you go along and run into key grammatical patterns such as the ba construction or the de construction you make Anki cards with 10 good example sentences (especially for the major grammatical patterns) and you “speak” translate them into Chinese as a distinct review session. (for convenience maybe put all 10 sentences of a particular topic on one card)

Has anyone figured out an effective method regarding this topic? I’m about 1,000 words in and was considering pouring in phrases from my Lonely Planet phrasebook around this time - however, I’m thinking the above strategy might not necessarily be “phrases” but help intuit “fundamental structure” in a way that is a little more targeted than random phrases because you’re obviously cognizant of the grammar structure being tested as well and especially if you focus on the major grammatical patterns. (maybe it’s also effective with the less common ones, but I think focusing on the major ones at least is a no brainer for some learning styles).

I kind of already answered your question because I wrote the article you linked to, but I think the question needs to be answered in a bigger context. I have mainly used vocabulary apps to increase passive vocabulary as quickly as possible. I added almost 30,000 items (characters and words) when I studied full time. That’s unique characters/words, not different cards (writing, definition, etc.) for the same characters/words.

That approach makes sense if you’re also reading and listening a lot, because you then learn how to use all these characters and words in context. It’s not enough to read your textbook and listen to a podcast here and there for this strategy to work, though, you need massive amounts of input. I read 25 books in Chinese in 2013, for example, and that only counts books, not articles, single book chapters, reports etc…

Then there are those who swear by sentence-based approaches with SRS (spaced repetition software), including cloze deletion in paragraphs and so on. The difference is that now you’re putting a lot of your reading practice along with vocabulary learning in an app.

Does that work? Sure it does, it’s just a different way of using learning tools. Maybe it works better if you can’t or won’t rely on heavy listening or reading (i.e. you plan to learn how to use things through active recall in an app, rather than listening to the radio and reading books).

You could use both approaches at once, which is probably the best approach. Focus on sentences if there’s something on the sentence level you want to learn (such as what objects go with which verbs, or sentence patterns in general), but focus on words if they are easy to use (you don’t need a sentence to learn 桌子).

There’s also the matter of how much information to process on each flashcard. Do you want it to be blazing fast, going through twenty or more cards per minute? Or do you want to spend a few minutes reading a paragraph on each card?

Personally, I don’t want to spend hours in an app reading cloze deletion sentences. I’d much rather have very fast reviews focusing on passive vocabulary, then use other means to learn how words are used. Massive amounts of listening and reading have many, many advantages beyond vocabulary acquisition, so it’s advisable anyway.

The only exception for me is handwriting, which can’t be done passively, meaning that if you care about being able to write by hand, you have to use active recall of some kind, which is why I still spend significant amounts of time in Skritter! I have described what role Skritter plays in my end-game strategy here: 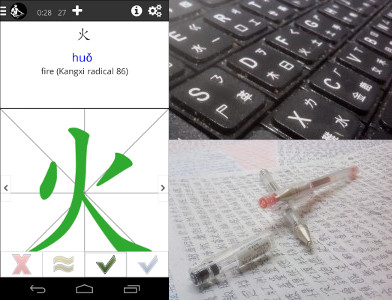 A minimum-effort approach to writing Chinese characters by hand

Right - I’ll check out that article as well. Writing will be a priority down the road ( I don’t know what justifies it yet though - because it is artful?). You said you use vocabulary apps to increase passive vocabulary yet you don’t rely too much on cloze deletion (which would come from apps [cloze deltion pro for example]). As far as I was aware cloze deletion is one of the signature ways to add a “passive vocabulary” because for the given word you are studying, the surrounding words you’re “passively” taking in. If you’re just learning words, but not in sentences, do you consider that “passive”? It still seems a little active.

I personally, at the moment like to go slow and steady (not really my choice anyway), just because when I learn a new vocab word, I then hear and read it in various contexts. So with your “passive” acquisition of vocab in “apps” it must mean, you’re not doing more follow up with that particular word at the same time you study it. That would be an interesting approach. It might be a timing thing for when to “get off the skis” and pour on a bunch of vocab without necessarily seeing it in context.

I like the massive amount of input strategy. But with the pace I’m going I’m already suffering from decision fatigue. At ballpark 900 now, but will easily have 10,000 within the year. I’m sure expert/semi expert language acquisition people would go faster, designing and structuring your own effective study regimen.

I use “passive” in the sense that you would learn what something means, but not how it’s used, as in “passive vocabulary”, which refers to words you can understand when you see or hear them, but not necessarily come up with yourself if you need them in writing or speaking.

Building passive vocabulary is considerably easier, because recognition is much easier than recall. Thus, it can be achieved much faster (hard to quantify, but probably several times faster). However, what most people actually want for core words of a language is of course active vocabulary (otherwise you can’t use it yourself). My strategi was to use flashcards for passive vocabulary and use other means to make it active. So, cloze deletion is pretty active, actually, because you don’t see the right answer, you have to come up with it yourself. In contrast, if you see the word in question and is asked what it means, that is also active recall, but not of the word in question, but of its meaning.

Recalling a word based on context is much more active than seeing that word and being asked what it means, is my point.

I am very very lucky in that I have Chinese friends who are willing to keep a correspondence with me, whereby I send pics of handwritten letters to them over Line or WeChat, and they respond in text. It is a lovely old-fashioned form of communicating that is much richer than keeping up contact with minimal messaging on apps or FB. We really talk to each other, about highs and lows in our lives.

For this to work, I insisted that nobody try “correcting” my letters because I didn’t want my correspondence to become a chore for them - I wanted real friendly communication, not to turn my friends into teachers. And I just needed to practice. Nevertheless I am lucky that one friend is so delighted by the effort he actually enjoys responding with corrections, despite my protestations. But that’s because he is tickled at playing at “teacher” so that’s ok.

Before I came up with this idea and before I was able to write well enough to do so, I started out by beginning a Chinese-language diary. It was a great challenge at first, but it allowed me (over the course of a year!) to practise the handwriting and recall of words that I needed to use to convey my everyday life.

There are no easy solutions - I hope these suggestions help someone else.

By the way, I’ve noticed in my correspondence that native speakers increasingly are having trouble with writing characters also - with all the input apps used now, even native speakers rarely use their handwriting skills. They’re misusing radicals and components too, at times, and forgetting how a character is actually composed. It’s a problem across the board.