Hi all, I’m long overdue for a phone upgrade, as I’m currently still on my Galaxy S5. I’m considering going all in and getting the Galaxy Note 9, almost specifically for its pen for use with Skritter. I can go to a local shop and play around with one, but of course I won’t be able to try Skritter with it there. So, I’m wondering if anyone here is using the Note 9 with Skritter and how well it works, if you’d recommend it, etc. Thank you!

There’s really not an advantage to using a device that has its own pen. As long as it’s a fairly modern device, you could use any stylus which will achieve the same effect! I personally use the metal mesh type-- there’s little to no resistance and it works quite well, not to mention they’re really cheap. 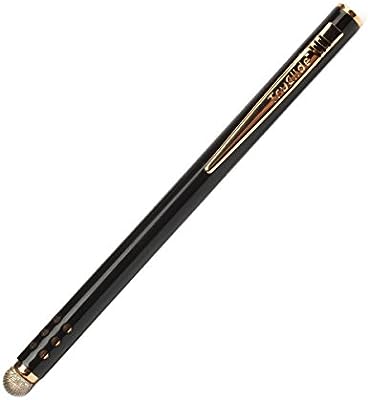 Oh, wow, I had no idea. Very happy to see there’s a cheaper route for this. Thanks!

I have a Note 8 and while it works well with Skritter, a cheap capacitive Stylus like Jeremy mentioned will work just as well with any other phone ( concerning skritter). The only real advantage is that you can store the pen inside the Note 8/9 and will always have it with you.

If you intend to scribble (chinese) handwritten notes on your phone, then the note stylus works better because it’s tip is much thinner and thus allows you to write smaller. For the large writing area of Skritter the thick tip of a capacitive stylus is not relevant.

Thanks for the response, @argead - good points!

the android app and the web version works great with note 9. i bought mine couple of weeks ago, b4 that i had the note 4.
My only complain is that i am forced to use the android app. Although I prefer the web version to the android app it still has a bug that bothers me every-time i use it. I like to have the pinyin hidden when i write characters/sentences, when the sentence has spaces the pinyin is partially displayed. I reported a bug over a month ago and still has not been fixed. For a paid service these bugs should be addressed more swiftly.

We’re a very small team with a lot of pending development tasks, sorry this hasn’t been fixed yet! To confirm, is this happening on the original Android app, or the beta app? If you’d like you can reach out to team@skritter.com so this can be better tracked.

hi jeremy, i downloaded the beta on android and it works much better than i first downloaded it couple of months ago. before this i been checking the beta change log on play store and it has not been updated since last july. i automatically assumed that app has been the same since it was first released couple of months ago without any fixs. it would have been nice if ur team kept updating the change logs with every minor release so people know that work is been done on it. i apologise for my recent comment, the android app although still not finished it works very well.