Skritter - baffling, unintuitable and not working in Firefox 44.0.2

I’m a new subscriber and I feel compelled to give my honest and direct feedback on Skritter.

I’m a new subscriber as well, and I partly disagree with what you said. I find most of Skritter reasonably intuitive (admittedly, not all of it). It helped that I already knew what material I wanted to work through before signing up.

I agree that the text is a bit too small in places, even with zooming in.

I don’t think Skritter really tries to provide an independent learning path at the moment. It’s better as a tool used alongside an existing study plan.

You should be able to see the full character at large size in the hint which might help if you’re having trouble making out the smaller characters in the clues.

If you’re following textbooks then just adding those lists should help you retain vocabulary. The ability to easily drill writing and tones is what I like best about Skritter. Alternatively adding items from the HSK lists could work for you.

I’m sure if you have questions about how to use the site the Skritter team or forum members will be happy to help. Skritter’s certainly been very helpful for me to build my vocab.

@ximeng I have a very high-res screen that occupies fairly little space, and even the Latin letters in Skritter are a bit smaller than I’d like at times (like on other web pages). Depending on someone’s hardware and settings, it can definitely be an annoyance. For looking at characters (in general, not on skritter), I often make the font size absolutely huge - I don’t want to constantly be squinting and missing details.

@moringa @ab2359skritter If you could send in a screenshot highlighting the places the font size looks too small it would be appreciated!

Hey @moringa, it looks pretty similar for me at normal zoom between old and new Skritter. What I meant was that when it shows you the answer it takes up the whole of the writing area, so that’s presumably big enough? Maybe needs a photo of your screen even to make it clear. Also to be clear I’m not disagreeing that you have an issue here, even though it is OK for me (I mostly study on iphone. but the website seems OK on my system). 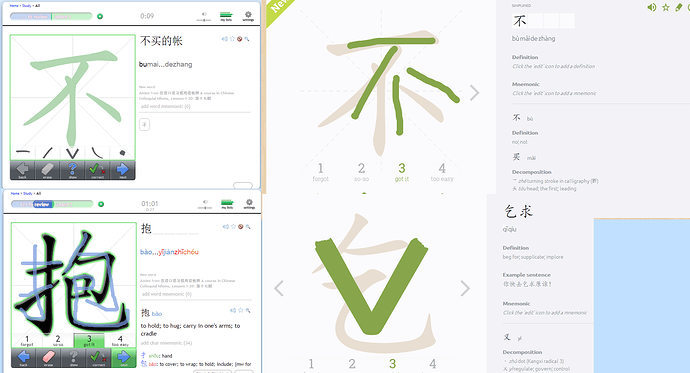 For me, the differences are significant. The pinyin, definition and example sentence are much smaller on the new site. Also, the contrast is extremely low.

@Skritter Can the new site provides a set of canvas that have different sizes so that the user can choose the most suitable one for her device? Presently, I can’t zoom in further because the canvas has already been cropped. I guess it will be OK if I can use a smaller canvas. 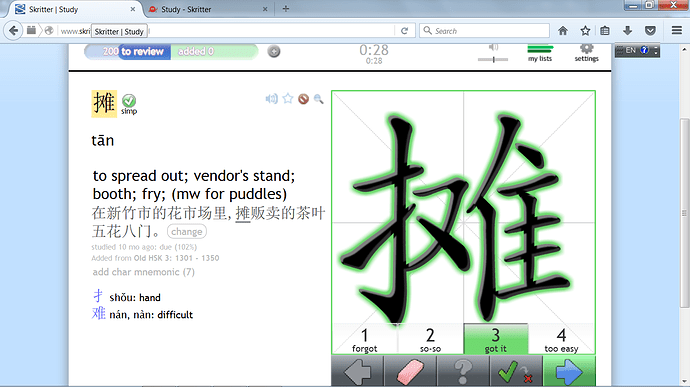 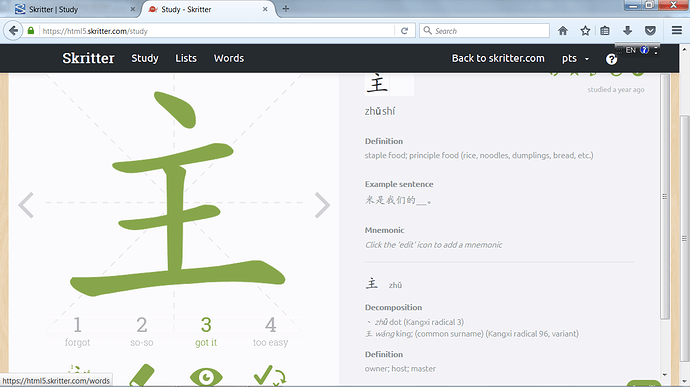 Comparing them side by side is an interesting view point which definitely demonstrates the differences in font sizes, but I’ve got a feeling the contrast is the big issue. I’m going to try messing around with the contrast first and then try bumping up the font sizes by a pixel or two if needed.

@pts Ideally I’d just like to the application automatically fill the screen size more fully. The reason it doesn’t currently is when we were implementing the design mockups it was easier when using fixed positioning. But now that we have them that way it should be a bit easier to start transitioning to a more fluid layout.

I’ve switched back to the default zoom to show what Skritter looks like on my screen. Bear in mind that the physical size is only 13", not something like 30". Even zoomed in, I find the new version tends to make me squint a bit. 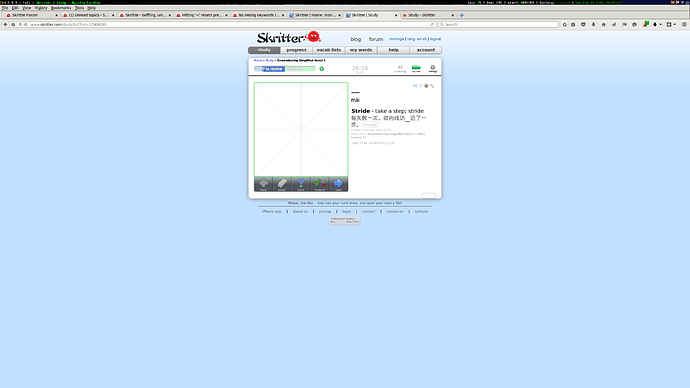 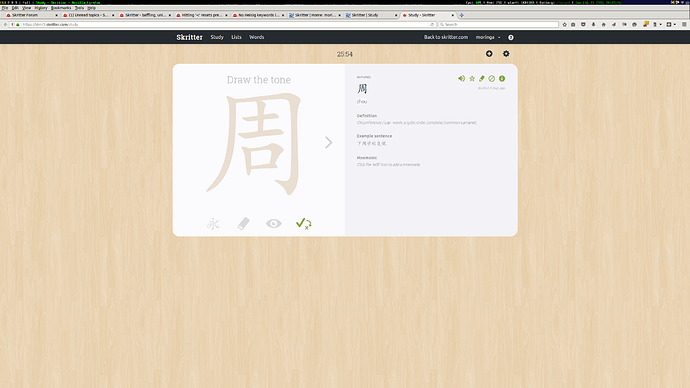