Waiting endlessly for data from the legacy site

Have been waiting for the 3 dots for more than a week now. Any help? Although Skritter 2.0 is working for me, I still prefer the legacy to it. 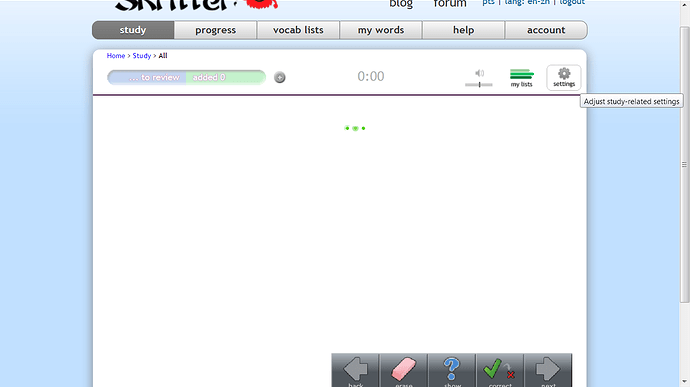 Something is up with the current version of Chrome, but it is working on their (not yet released) beta version, and other browsers like Firefox. I recommend using Firefox in the meantime until the Chrome update rolls out!

Thank you for the information. But the trouble is that I’m using Firefox 54.0.1.

To double check, I see your time zone is set to Japan, but I wanted to confirm that’s where you are located?

We’re looking into this, it appears to be a malformed URL for a request from Flash, but given the fact it works correctly in some browsers and not others it’s a little tricky to figure out where the issue lies. My hunch is it has to do with some recent SSL (“https”) changes we made. Will let you know when this is resolved.

It is working now. Thank you.