Where can I track my daily time spent?

I’ve been a pretty big fan of Skritter since a few years, but I find that more and more parts of it become deprecated, while not enabling these features in the new app / website versions.

For my general habit tracking, I also track minutes of Skritter per day/month/year - the only way I’ve been able to do this for a while now is in the legacy web page, as

Since a week or so, now also the legacy dashboard seems to be broken, as instead of the diagrams only a white canvas is shown.

It would be greatly appreciated if you would make this feature available (again) at least in one of the above-mentioned options. As I said earlier, I have been a a pretty big fan for years, however I do find the mixture of versions and depreciated / not yet developed functionality over the different platforms quite annoying / close to unacceptable - especially given the price tag. 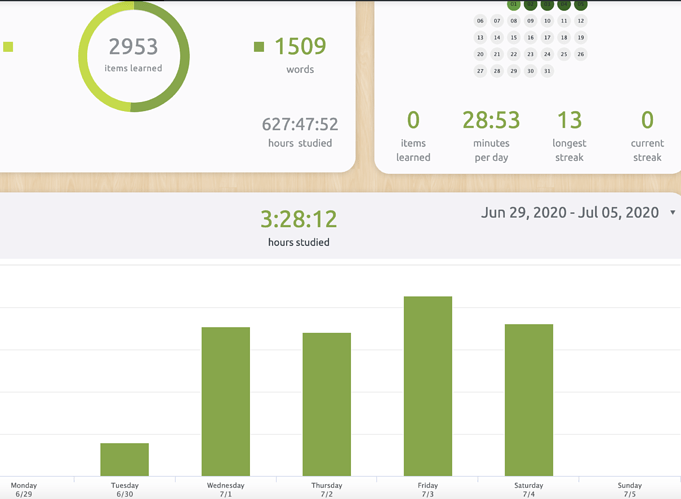 We’re going to be doing a massive stats overhaul and this will be improved on the iOS app and web version!

I’m able to reproduce the issue with the legacy progress area, thanks for calling this to our attention. I’ve opened a ticket for the developers to look into.

I checked my progress today on the legacy website (also wishing these details were available on new apps) and found the charts broken. No graphs anymore.

Shame as this is a great tool for monitoring one’s progress, especially by parts studied, and love the day/week/month/year graphs.

This is now fixed!

Great, thanks! I can confirm it works.

Edit: Actually clicking through the graphs, I see that the y-axis label is only shown for the first graph, but not for the other 7 - not super tragic, as the relevant values are shown with onmouseover, but I guess a bug nevertheless.

I checked and I am getting the y-axis for characters, but not for words.

Hmm, I’m not spotting this problem! Would you be able to send a screenshot and confirm what browser and version you’re using?

Here it is. Y axis for characters but not words.

Browser is Opera mobile on an iPhone. 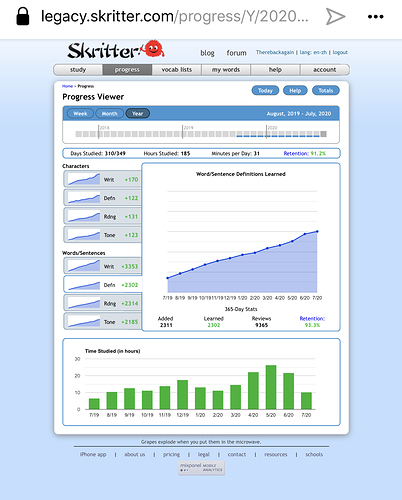 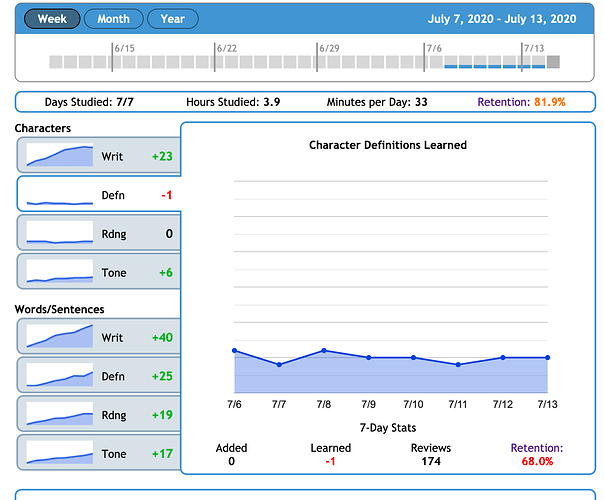 On checking today I notice the missing Y-axis is all over the map: it is missing for some categories in both words and characters, and present for others, all different depending on whether one is viewing days, weeks or months.