Windows Ink Input does not work

on Firefox/Win10, using a graphical tablet for writing the character has no effect, nothing appears on screen.

i tested this webapp that confirms that graphical input works on firefox: 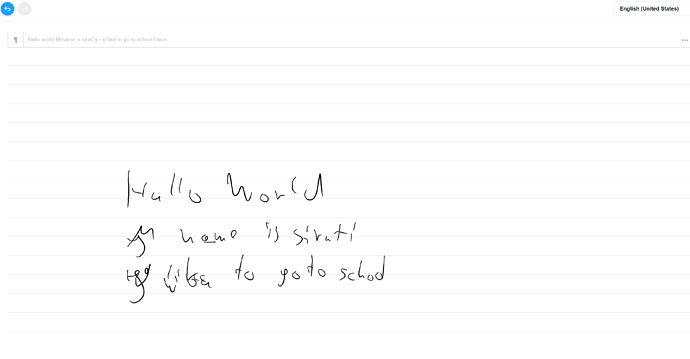 Hi Sirati! Have you tested this in Chrome? You would want to disable windows ink since that’s mostly for text fields, though I’m not sure why disabling it didn’t have an effect. I would recommend tinkering around with your tablet settings to see if something might be causing it to not work on Firefox.

@SkritterMichael Do you have any ideas what might be causing this?

I assume that enabling windows ink input does not literally mean only windows ink, but instead windows API for pen input.
I made a video for this was well. This time i did register the input, but did not register when i stopped contacting the graphics tablet with the pen. it works for other webapps

In windows ink mode:
chrome appears to interpret the pen as touch input resulting in scrolling, the mouse disappears while this is active. no input visible at all in skritter.

Hi @sirati, sorry you’re having the issues. Which device are you using?

I was able to reproduce the issue in Chrome and will look into it for a fix. In my testing, it did work in Firefox, but I also don’t have your specific brand of tablet, so hopefully a fix for Chrome will also fix your device in Firefox as well.

In the meantime, turning the “Let me use my pen as a mouse in some desktop apps” option on/off in the Windows pen input settings might improve the situation.
I would also recommend to make sure you have the latest version of the driver for your tablet.

yep have the latest version of the driver, got it straight by email from the company lol.

Is this released already? So far it works in neither chrome nor firefox with windows ink turned on

It is not released yet, but we’ve got it planned to get a fix released in the next couple of weeks.

In our initial testing, we could only reproduce similar input issues on a Wacom tablet without the drivers installed, and other touch and pen input methods worked as expected on Windows, so while it could be a bias of our device inventory, this does appear to be an edge case limited to some brands of tablets.