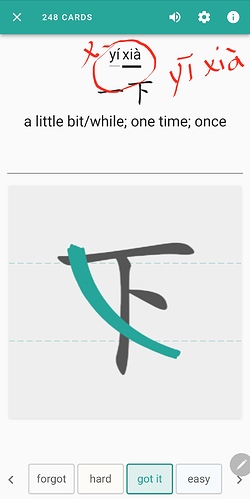 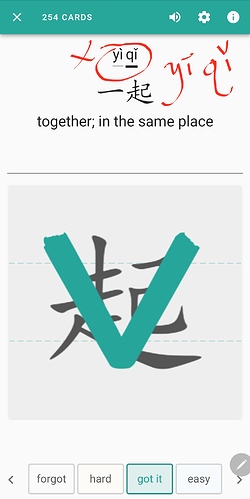 Im no expert and still early on in my chinese journey but I think 一 is one of those characters that can change its tone depending on what word it is used in, much like 不 for example.

This is by design. In most dictionaries, you will see 一 written as a first tone, even in words where it’s never pronounced with a fist tone (which would be most words). In an educational context, such as Skritter, we are a little bit more free and can do whatever we think is most helpful for students. In the case of 一 and 不, we have decided to show tone changes in words that are pronounced with a different tone, which is true in your cases (it’s always pronounced as shown in Skritter, even though what you wrote next to it will show up in dictionaries). If you want to read more about this, please check this blog post:

Good luck with your studying!

可口可乐 and 所以 are two examples, neither of them take the rule regarding third tones into account

可口可乐 and 所以 are two examples, neither of them take the rule regarding third tones into account

In the case of 一 and 不, we have decided to show tone changes

He explicitly conditioned this on these two special cases. This makes sense to me since these tone changes occur 100% of the time, and my goal is to speak Chinese – not to write dictionaries. In the case of third tone sandhi, it is sensitive to adjacent words and so I’d rather practice the raw third tones than a cooked version that is only guaranteed to be accurate if the word is spoken in isolation.

That said, in the linked blog article Olie says that “However, even if these words are displayed as having neutral tones in Skritter, we also accept the full tone”, which I found to be ABSOLUTELY not the case in 2.1.2, and I think in 3.x as well (I think only a few minutes ago I had yet another “Sigh, I guess I’ll check Pleco to make sure the tone was valid here” moment). My brain is utterly messed up at this point trying to remember when I really need to use neutral tones and when not to – Skritter, sadly, has forced me into one of those toxic “it’s the opposite of what I think it is” mindsets when it comes to the tone of many final syllables.

The article describes how it’s meant to work, but I just did a spot check with some common words where both should be accepted (知道，下面，上邊，時候 and 先生) and all of them work on the website, but none work in the most recent beta. That’s definitely a problem and I’ll look into it, thanks for bringing this to my attention!

Just to clarify for @jkmcameron, though, this is unrelated to the question you asked and all your cited examples work as intended in the app!

I only read this thread quickly, but I would literally send the team $50 if in the app you could allow the full tone for words that use neutral tone in mainland China but not in Taiwan (ie lots of them, 先生 is a good example). That is such a pain point.

The thread is about something else, but the answer to your question is that it will be fixed!