Can we get dark mode on iPad?

So after 18 months of solid daily Skritter (almost exclusively on an iPad) I’ve only just now discovered dark mode on the iPhone version. It’s added a wholly new and exciting dimension to my study and I would love to see this on my primary device, the iPad.

I know you guys are working hard on the new version and that the old iOS versions don’t get much love anymore, but is there any chance that this could be bumped into iPad, on the assumption that it’s not too much work?

Thanks for building a great study app and thanks for considering my request!

I asked the same question some time back and found at that there is some sort of copyright issue with the artist who made the dark theme. The artist no longer works for skritter and they never made the theme for ipad. So, since I also use the ipad I found a work around. This does not duplicate the dark mode sound effects, but it does give you a semblance of dark mode. Go to your ipad settings > general > accessibility. Then select invert colors and that will instantly give you dark mode in Skritter. I also select grayscale because I don’t really like to see the colors at all.

The dark theme would cost hundreds of hours of work for another version in a larger size, partially because the textures we used the first time aren’t big enough.

Here’s a quote recently made by Jake explaining the fate of the iOS app:

The plan is for HTML5 to replace the current flash site. Josh is
building all of the features that we’re implementing by using the
Skritter API. Once the features are all created and working properly
we’ll roll them out in an updated version of Android. After those two
clients are up and running we’ll be upgrading the iOS to match.

I was also going to suggest the invert colors trick! I personally like that better than the dark mode itself, though the colors aren’t the same for the grading scale, or the sound effects like 112 also mentioned.

Ah, I didn’t realise it would be such a task! Now I can appreciate why it hasn’t made it in yet.

Is there any timeline available for when the HTML5 updates might make their way into iOS?

We don’t have a definite timeline, though standardizing all of our clients using html5 is a priority. We will be replacing the website with html5 first and then updating the Android application to match its design. iOS will likely be a bit more work considering most of the html5 testing has been done on Android and the web. The good news is that making themes for html5 will be significantly easier and could open the door for users to contribute.

Why is HTML5 easier?

I’m disappointed. I enjoy writing kanji on my iPad more than any other device. Per the survey results on the website I’m not alone either - iOS is hands down the most popular platform for Skritter.

Maybe they should do a poll just before the switch to make sure everyone feels the updated HTML5 version meets or exceeds the iPad.

I suspect that they’ve come this far with HTML 5, it may not make sense to stop now. But 10% of users isn’t very much. Luckily, the current iOS version is pretty good. (I’m hoping this new interface is more forgiving for strokes requiring a hook I just go crazy drawing the same stroke over and over.)

The thing I’m most worried about with the complete switch over to HTML5 is that it may cause new ideas that would be easy to implement in iOS to be shelved because of the difficulty to do them in HTML5. I understand why they want to do the switch and I’m all for it but I also feel having the iOS version has pushed the HTML5 version to be better than it otherwise would have been. That is why I was surprised when Josh said:

making themes for html5 will be significantly easier

Josh are you just talking about backgrounds and buttons? Will it also be easier to make different bush strokes and have particle effects like the sparks flying in the dark mode?

HTML5 still has a ways to go and will be released to the various platforms in stages. It’s not going to magically replace anything overnight and we’ll be releasing it when we feel it’s an upgrade, rather than downgrade. The current staged order is:

@ddapore99 Actually right now Flash and iOS are the more problematic platforms to make changes to for a number of reasons. Yes, background and another theme assets will be much easier as we’ll be primarily be using vectors rather than having to generate new assets for different resolutions. HTML5 does also offer the potential to have even more custom brush strokes and particle effects. Here are just a few simple brush stroke examples:

Wow, after seeing that page I am really excited about the potential HTML5 brushes in the future. I especially liked these strokes 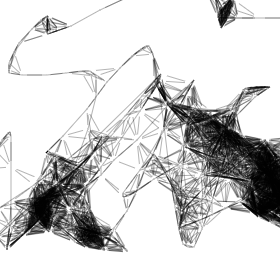 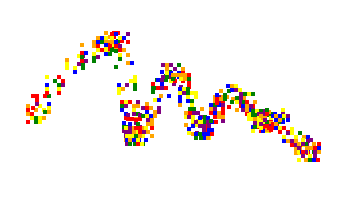 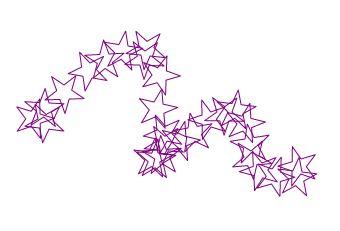 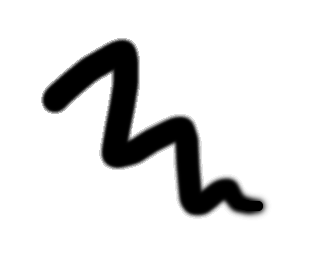 They are all so different yet so pleasing.

The results of the poll may not be the best representation of the user base among the apps-- only those who have seen the poll on the web version and voted are counted, if someone only uses the Android app alone and not the web version, they wouldn’t have voted, so it’s really more of a poll of what platforms web users also use.

That’s a very astute observation you made. Do you think we could get polls integrated with the apps?

Once all of the clients are using HTML5, we’ll likely be overhauling the polls and adding them into all clients when we need more user poll feedback. One of the main goals with integrating all of the platforms is consistency throughout!

Although the information may be confidential, the real important factor is which platform generates the most revenue.

I’ve heard from other app developers that even though there are a lot more Android users out there, that the smaller number of iOS users end up actually spending significantly more in total on services.

I don’t know if that happens for Skritter (or if you even have those numbers internally), but to me, it makes most sense to invest in the place that makes the user-base who actually pays for services happier.

Edit: I should be forthright and say that I’m an iOS user and didn’t renew my yearly Skritter renewal in June because I see all the effort being directed to Android. Hence I’m not sure if I should renew for a new year (I was actually planning originally on a two-year renewal) since all the effort seems centered on a path where iOS is last on the investment list.

I don’t know the exact numbers but going by what the android play store says the Chinese app has over 10 thousand downloads and the Japanese app has over 5 thousand. That alone in my opinion should justify the work being done. In a way I feel your right that iOS is last on the investment list but that is only because the others have been last on the investment list previously and now they need some love. Not to mention that when everything is running on HTML5 it will mean that updates to all the platforms will happen around the same time and every platform will get the same love. The back end is also being upgraded which will probably affect iOS but don’t quote me on that. I feel that unless something better comes along it’s best to stick with it.

On the surface, 10,000 downloads looks impressive, and gives one pause to consider what the revenue-generating market share might be in the future. However, a business keeps the lights on and pays the rent through real cash flow today.

The problem is that everybody loves “free beer”. Skritter cost nothing to download and costs nothing to set up a month-long trial. So the question is not how many downloads on any platform there are. The question is how much revenue comes in and where it’s coming from.

Skritter doesn’t have ads, so it doesn’t generate any revenue through that stream. That means all the revenue comes from getting people to pay for a subscription.

So, if I make up some numbers out of thin air: if there are 10,000 Android downloads, but a 1% sustained subscription rate, you get 100 paid Android “units”. If iOS has 5,000, but a 3% sustained subscription rate, you have 150 paid iOS “units”. So, in my fictitious example 60% of your bill-paying customers would be iOS. The download ratio would make you think it’s 67% Android. But a bill-paying customer is worth far more than a freeloader.

I don’t know the true numbers for Skritter either, and have no expectation that the Skritter-owners have any business telling me. But looking at number of downloads isn’t the key metric.

All I know is the number one thing being asked after the iOS app came out was when is the Android app comming out? Before the Android app Android users would have to purchase a iOS device if they wanted to have a mobile experience. I don’t know the numbers either but I think you would have a lot of pissed off Android user if the Skritter team decided to abandon Android. It makes a lot more sense to use HTML5 as the base for all the apps rather than just leave the others to rot. Those other apps add revenue as well. Should they abandon Japanese too and loose even more revenue?

I’ve said about all I can to help you see the logic behind going HTML5. If you aren’t going to stick with studying that’s fine. However if you are saying the reason you aren’t going to stick with it is the app you paid for and enjoyed studying on is has somehow become less enjoyable when nothing on has really changed then I believe Mr. Spock would say that’s illogical. You may have lost motivation, that’s not uncommon but I don’t think them working to improve the HTML5 / Android / future iOS Skritter app is the reason.

While we would love nothing more than pushing updates to all clients all the time, that is a nearly impossible task given the size of the Skritter team. It is very difficult to maintain three separate libraries of code while also trying to push innovation and improvements to Skritter across all clients. This is one of the main reasons that prevented us from working on an Android application for as long as we did, despite countless post iOS app emails asking for an Android counterpart.

After much internal discussion we decided that the best way to help Skritter improve and grow was to unify it across the board. That is exactly the project that our team is working on right now. We are making a huge development push to update the web and Android applications at the moment because they both share the HTML5 framework that we are rebuilding Skritter on. Once those clients are stable we can shifting efforts to updating iOS using HTML5.

We feel that the future implications of updating to HTML5 now far outweigh the short-term benefits we might get from spending 100s of development hours making minor improvements to iOS or any one specific client. Here are just a few of the things that will see major improvement (especially on iOS):

Does this mean that iOS will not have a significant update over the next several months?

Does this mean that iOS will be ignored forever?

We’re working our hardest to bring the best Skritter experience we can to all of you regardless of what mobile you want to purchase. And we feel very strongly that the wait will be worth it!