Skritter Android Beta is out and we're looking for feedback!

If you were an Android beta tester in the past you might have noticed a new update in the Google Play store. Your eyes aren’t deceiving you… we released a beta of our new Android app and we need help testing it!

Instructions on being a beta tester and information about what we’re working on before release can be found on the blog here.

We’ll be pushing updates as we squash bugs and continue to make make improvements. Let us know what you think of the app by replying to this topic of sending an email to team@skritter.com

Hello Skritter,
It is about the android beta version.
I can not choose the list that I want to work, because it ask me for the subscription that I don’t have any-more, The only way to work is to do everything and I don’t wont because I have 3000 reviews only from a list that doesn’t interest me for moment, I want to work only HSK4. And now is doing the same if I want to use the html beta version. Please find a solution because without I solution I will quit to test the android beta app. I will wait for the moment because I still work with legacy Skritter but only with the mouse, so not the best thing.
I’ll hope you will find a solution!
Merry Christmas to everyone!

Hey @AdiAdi I’m looking into the issue now and will respond with progress over on your topic here:

The text “Athenticating user credentials” will overlap the text “Skritter” after loging in if you use the keyboard enter button. Hiding the keyboard fixes the text overlap.

Thanks! It looks like there’s an open issue for this one. If you think of anything else be sure to keep it coming.

Okay, here is another little issue. It’s not obvious when looking at the button needed to log out and back in again what it’s function is. I found it only because there was nothing else I could try to clicking on after searching.

The same can be said about the My Words button taking users to a page titled All Words.

we opened a discussion about this last night, actually!

it’s not obvious when looking at the button needed to log out and back in again what it’s function is.

We can see about making the logout button more clear in it’s function.

Skritter is the only app that doesn’t satisfy me in Android.
It is a niche software and the price is in line of concurrence, but skritter is still expensive as a professional software. Despite that it is not offering significant upgrades, new features and the android version is still being a beta version for more than an year.
About android beta version: grafic, sound design and ergonomz are below the apple version. Less word and word list options.
Dark theme , wich is usefull to focus attention, is missing. Mnemonic are missing. It doesn’t scroll automatically to next word. Pronunciation only when all characters of a word are completed. The grafic is overall flat and poor in contrast, colour instead are too brilliant.
Tested on Nougat 7 and Marshmellow 6 I found tons of bugs: missing and delayed sounds, settings sometimes doesn’t save itself, sometimes they reset itself, the strokes are often wrong detected.
It looks you are still very far from the goal or some problems are occourring to you.
Can we hope to see a decent Android version or must I keep my old Iphone just for 1 app?

Are you using the previous Android build, or the beta (released last month) based on 2.0’s framework? I noticed you mentioned the app has been beta for over a year, but the Android beta client is actually less than a month old.

New features and updates are perpetually happening which is what the 2.0 project is! If you’re interested in what changes are being made, you could check out our github page to see a list of changes as they happen. As one example of a large new feature, kana handwriting was not possible with the previous framework, where it’s been implemented into 2.0. With a small development team of just two, it can take a bit of time to get things polished.

Legacy was started in 2008, and the iOS app was released in 2012. It took a lot of time for those to get polished just like 2.0. We’re working on getting there! I’m really sorry to hear about the disappointment, hopefully this will change drastically as we continue to make progress. In the meantime, stable clients remain while the new clients are being built up and developed.

The goal is to unify everything to run on the same framework, which is a much better situation than having 4 separate clients/codebases. We very much appreciate being able to do what we love, and we’re devoting all our efforts to getting things on 2.0 running as smoothly and quickly as possible!

I love skritter, but I really had to uninstall, resign from beta and reinstall… Sorry, I know that makes me a crappy beta tester. But if I can’t get my daily skritter fix I get grumpy. Anyway the reason for uninstalling was sound. It worked seemingly arbitrarily, sometimes did sometimes didn’t. Seem to introduce a conflict with other sound programs. I have a non-rooted updater huawei P9 for what it’s worth.

Also … I did notice prettified interface, and much faster loading time. So thumps up for that.

I usually use skritter Android for chinese learning, and i posted feedback about the in a different thread because i didnt see this one in the meta section.
10 months ago i added some hiragana in skritter Japanese. Today i decided might be a good time to finally learn them and also test the beta app for Japanese. 100% fresh install from the store. I can’t actually learn anything though, in the my words section i can only see the chinese words i learned today on skritter Chinese.
Clicking on study just gives me a blank screen. Clicking on add word gave me an error (Screenshot).
In the 2.0 web app Japanese doesn’t work for me either, i can’t get past the first word. Could you look into my account, if needed you can delete all me Japanese progess as i haven’t learned anything yet anyway. 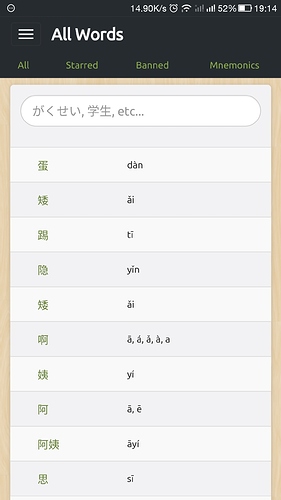 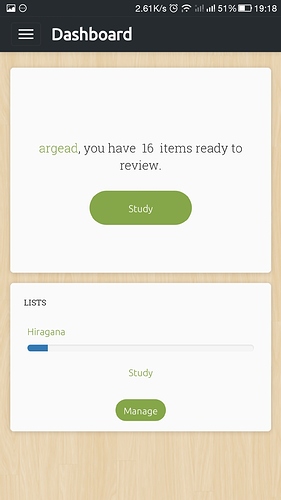 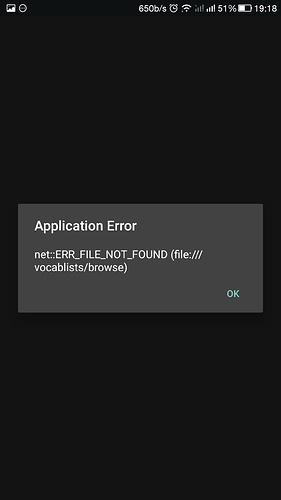 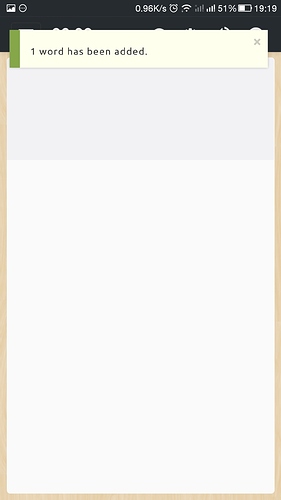 I’ve opened an issue so it can be looked into and fixed by one of the developers. They’re on China time, but should be able to look into it shortly!

I fixed the freezing problem by enabling the kana support in the settings, worked fine afterwards. The only problem is that the 2.0 app shows you the hiragana when asking you to draw the hiragana and also shows you the hiragana as an answer for the pronunciation, which is not helpful at all for learning them. I’m new to Japanese and justed wanted to learn the kana for fun, so i hope i didn’t mess up the names of the writing systems. Screenshots with a comparison to the legacy app below: 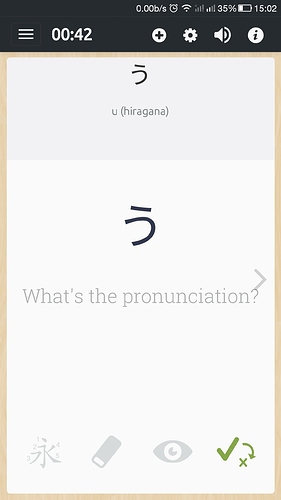 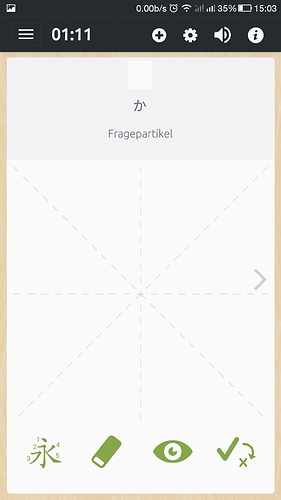 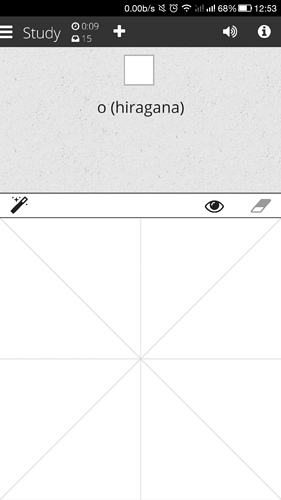 Thanks for the details about how you solved the problem. The additional information will actually be quite helpful in resolving the root cause of the issue.

I had to opt out of the beta testing and reinstall the released version, as every time I used it, it became sluggish and eventually unusable after about 15-30 minutes use. What was worse was that this seemingly affected the whole system, leading me to have to reboot. Feels very much like a memory leak, but I have no idea, really, as I couldn’t find the time to look more into it (pretty time consuming to debug). While this sounds somewhat strange, I guess, it happened consistently every time I used Skritter, and has never happened since I removed the beta.

FWIW, I probably opted out around January.

@f5k If you opted out in early January, that means about a 1/4 year of progress has been made on the app since you’ve last tested it! It sounds like you may want to opt-in again to give it another test run.

OK, tried again, and it seems more stable now. Sound, however, cuts before the word is finished spoken, and after a while it stops working altogether and I need to restart the app to get sound (also at that time, pressing the “play sound” button doesn’t do anything).

What I remembered after reinstalling the beta is the excruciatingly annoying behavior of the back button, which closes the app without even a prompt, leading you to have to restart it. Can you pretty please change the back button’s behavior into something sensible, for example going back to the dashboard, and only then perhaps on double press on back or after a prompt, exit the app? I’m bitten by this multiple times every time I rehearse, and it makes me want to chew off my finger every time.

Can you pretty please change the back button’s behavior into something sensible, for example going back to the dashboard

There’s an open issue for this and it should be fixed shortly! (I still instictively end up pressing that button to navigate back a view even though I know it minimizes the app, so I feel your pain).